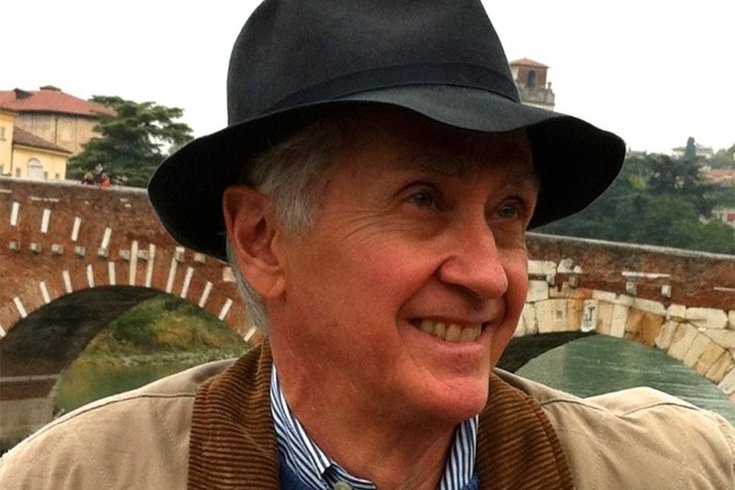 People cope with the deaths of loved ones in many different ways, but dare we say few approach it as creatively as Rick Stein’s family.

In one sense – read: non-fictional – the 71-year-old man “died peacefully with his wife and his daughter holding tightly to his hands” after a battle with bile duct cancer led to treatment at Thomas Jefferson University Hospital.

In another sense – read: the fictional account that his daughter Alex Walsh concocted for a rather entertaining obituary in The News Journal – he was missing and reported dead after the never-been-a-pilot swiped a single-engine plane and disappeared into the Atlantic Ocean off the coast of Rehoboth Beach, Delaware.

The obituary was so unique that the newspaper followed up with a story about it days later, noting that when Stein’s widow asked her daughter to work up the tribute, she was warned that it wouldn’t be traditional death-page fare.

"No words could ever do him justice, but we did our best to come close,” Walsh told The News Journal. "It's full of inside jokes. He had a great sense of humor."

That much is made quote clear. Among the highlights of the 693-word, post-mortem masterpiece:

• "The sea was angry that day," said NTSB lead investigator Greg Fields in a press conference. "We have no idea where Mr. Stein may be, but any hope for a rescue is unlikely."

• His daughter, Alex Walsh of Wilmington appeared shocked by the news. "My dad couldn't even fly a plane. He owned restaurants in Boulder, Colorado and knew every answer on Jeopardy. He did the New York Times crossword in pen. I talked to him that day and he told me he was going out to get some grappa. All he ever wanted was a glass of grappa."

• Stein's granddaughter Evangeline claims he was a YouTube sensation who had just signed a seven-figure deal with Netflix.

• In fact, the only person who might be able to answer the question, who is the real Rick Stein is his wife and constant companion for the past 14 years, Susan Stein. Detectives say they were unable to interview Mrs. Stein, however neighbors say they witnessed her leaving the home the couple shared wearing dark sunglasses and a fedora, loading multiple suitcases into her car. FAA records show she purchased a pair of one-way tickets to Rome which was Mr. Stein's favorite city.

There’s a whole lot more, so if you’d like to see Stein’s celebration of life, you can read it via this link.

Those who knew and loved Stein are invited to celebrate his life with stories at a memorial event to be held  November 9 from 3 to 6 p.m. at the Greenville Country Club in Wilmington.