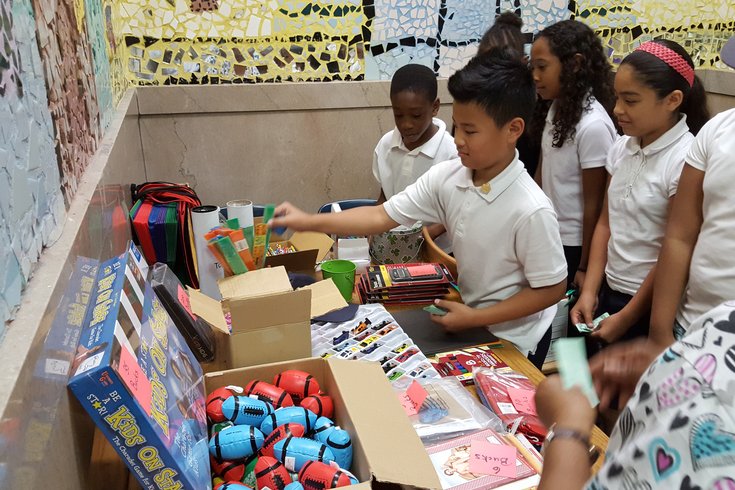 Students at Olney Elementary School in North Philadelphia earn "Tiger Bucks" for good behavior that they can spend at the school store.

Like many schools dealing with budget cuts, Olney Elementary School in North Philly has struggled to find the money for essential positions – which makes spending on perks like extra teacher training totally out of the question.

"Currently, we don't have an art teacher ... we don't have intervention specialists … we don't have the money for any of those positions, let alone basic materials," Principal Mike Roth said.

It’s no surprise, then, that teachers are turning to crowdfunding sites like GoFundMe and DonorsChoose.org to get extra cash for their classrooms. Olney, however, chose to turn to a new crowdfunding education website: PledgeCents.

A Houston-based start-up, PledgeCents treats all contributions as investments, not donations. Through partnerships with Teach for America, KIPP charter schools and a nationwide network of philanthropists, it creates matching programs that help schools double their donations for a limited time.

For example, the Philadelphia High School for Girls raised more than $1,000 through PledgeCents to buy books after its librarian got laid off. Since launching in the fall of 2013, the site has raised more than $250,000 for projects across the country. 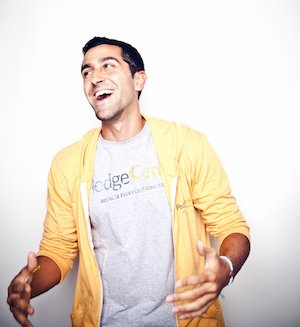 "It's an investment in the future of education," said Andy Saberioon, 27, PledgeCents' CEO and co-founder, pictured left.

Olney has two fundraising projects online now: one that aims to raise $7,500 for six weeks of teacher coaching and another with the goal of raising $5,000 for the school store.

Through good behavior, students earn “Tiger Bucks” to spend at the store. The motivational strategy works so well that last year Olney had record-high attendance levels.

Already over 25 percent of the way toward its goal, the school store project got a boost from a matching program. For a few days, PledgeCents doubled any amount donated up to $500.

The matching deal is always temporary, to encourage potential investors to act quickly.

"I gotta give now because the matching is not only happening, but it's ending in four or five days," explained Saberioon.

The matching funds come from philanthropists who are almost always anonymous. All the money goes directly to the school, and the principal gets an email alert for every "investment."

"I really enjoy that, being able to shoot (back) an email real quick saying thanks," said Roth.

Investors also get regular email updates from the school, showing how the money is being spent. The school gets to keep all money raised even if it does not meet the fundraising goal, unlike other crowdfunding sites like Kickstarter.

“It gives the transparency of, if I give $100 I know exactly where it's going and I build a relationship with that particular teacher and that specific classroom," said Saberioon.

Roth says he’s asked around to find out what his teachers want to raise money for in the future. Several have mentioned air-conditioning – there were days last year when the school had to shut down because it was over 100 degrees in some classrooms.

“With the current budget situation, we are very tight financially. Every single cent that we have counts,” he said.

Saberioon admitted that he wishes the site didn’t have to exist.

"Realistically, sites like PledgeCents shouldn't be around. We shouldn't have to exist because teachers should have the opportunity to have the resources they deserve to have in the classroom," he said.

Ideally, he wants PledgeCents to be used to fund fun enrichment activities like sports, extracurricular activities and field trips. It’s not so different from what schools have been doing with bake sales and car washes for decades – just updated for the 21st century.

Thanks to the power of crowdfunding, now anyone in the country can give a cent to education.