Curtis Institute of Music ranked most selective college in U.S. 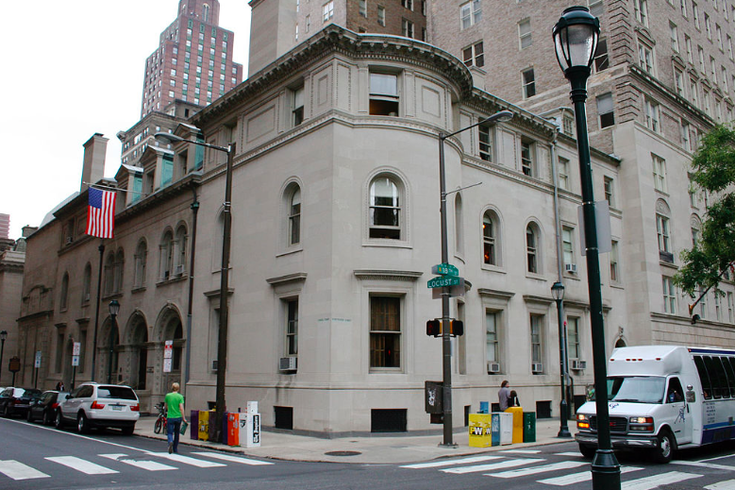 Looking southeast from Rittenhouse Square toward the Curtis Institute's main building at the corner of Locust Street (on the left) and South 18th Street (on the right).

If most of us were asked to rattle off a list of the most selective colleges in the United States, we would probably start by naming every Ivy League school we can recall off the top of our heads.

As it turns out, there's a very particular type of talent – musical virtuosity – that American conservatories rigorously vet when making admissions decisions. According to StartClass, a higher education research organization, the most selective college in the United States is Philadelphia's Curtis Institute of Music, located on Locust Street just around the corner from Rittenhouse Square.

The Curtis Institute, established in 1924, has produced international talents such as conductor Leonard Bernstein, who wrote the music for 'West Side Story,' and two-time Pulitzer-winning composer Samuel Barber. Curtis enrolls just 175 students at any given time, offering a full array of programs including composition, conducting, strings, brass, and vocal studies. The Institute's "learning-by-doing" philosophy also provides students and alumni with opportunities to participate in more than 200 annual public performances, from orchestra concerts and opera productions to solo and chamber music recitals.

Admissions statistics at Curtis are daunting, to say the least. In 2014-2015, StartClass reported an acceptance rate of just 5.1 percent (14 out of 277 applicants), technically tying for first place with Stanford University. Here's the full top ten, which includes four Ivy League universities.

Below is a stunning performance of composer Alyssa Weinberg's thrilleresque "Parallels," commissioned by The Barnes Foundation for the Aizuri Quartet and dedicated to Philadelphia-native artist William Glackens.