Cycle for SCI is throwing events along the East Coast route and will be stopping in Philly on Sept. 3 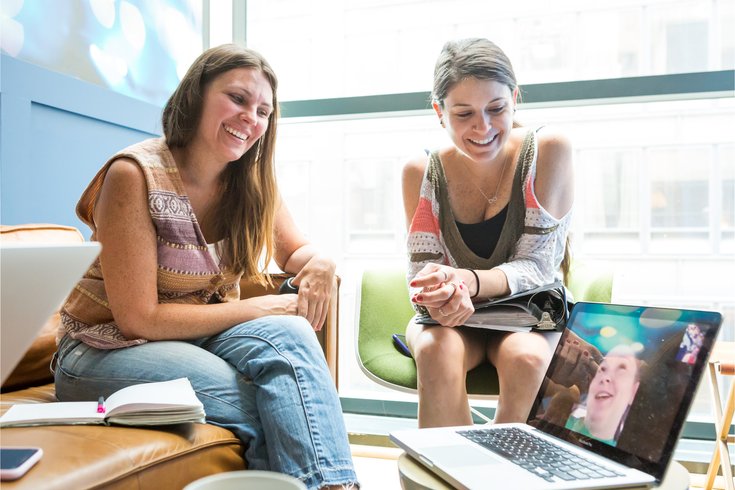 Larissa Clifford, left, and Ciara O'Sullivan talk with Siobhan O'Sullivan on FaceTime about the upcoming Cycle for SCI charity bike tour that will take them from New York to Florida beginning in September. The event benefits and raises awareness for spinal cord injuries.

Cyclists Ciara O’Sullivan and Larissa Clifford have nearly finished planning their 16-day East Coast ride; the events leading up to it, hosts in each city, sponsors along the way. It's all jotted down in big, color-coded binders.

But the question of how many extra bike wheels to bring? Or putting salt packs in the water? Wearing padded bike pants? Buying new mountain bikes, or sticking with their old ‘80s Schwinns?

It doesn't much matter.

The two women, Clifford a Philly transplant and O’Sullivan, a New Yorker, aren't seasoned cross-country cyclists and don't plan on training like they are. The trip is inspired by O'Sullivan’s sister, Siobhan, who suffered a spinal cord injury – or SCI – almost five years ago in a zip-lining accident that left her paralyzed from the chest down. The trip is helping to fund and support individuals, organizations, and studies across the U.S. looking to improve the quality of life for people who have sustained spinal cord injuries.

The ride, which begins Sept. 2 in Ellington Park in New York City, will hit 18 cities down the coast, covering about 1,300 total miles — including Elkton, Maryland; Fredericksburg, Virginia; Surf City, North Carolina;  Brunswick, Georgia, and ending all the way in Orlando, Florida.

"And then, like an insane person, I was like, ‘Yeah, I’m down. Let’s do that,’” said Clifford, a longtime devoted friend of the O'Sullivan sisters.

There are events at many of the stops, which you can check out here. There's a pit stop in Philly at Bok Building on Sept. 3 from 6 to 10 p.m. in the early days of the tour. Tickets are $40 and will get you some beer, snacks and a chance to win some raffle prizes. 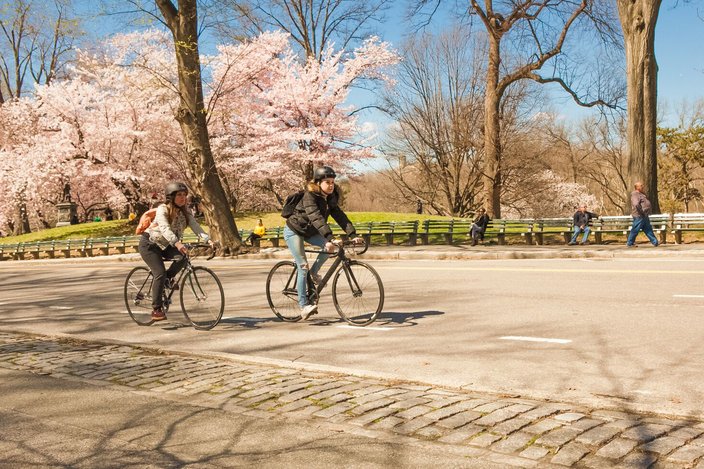 These events support the United Spinal Association and a few other organizations, which all fund or support research and quality of life programs for individuals with spinal cord injuries. You can donate to Cycle for SCI here.

“I’m super honored that it was inspired by my injury,” Siobhan recently said on FaceTime as she was on her way to a physical therapy session at the Center of Recovery and Exercise in Altamonte Springs, Florida. “And I'm just really thankful for Ciara and for her to have such awesome friends like Larissa that want to do amazing things and raise awareness and research.”

Before her accident, Siobhan, now 28, was studying to be an Irish dance teacher, like her mother, who runs her own school in Florida. Siobhan even won a couple of competitions, called oireachtais, growing up.

“She’s huge in Irish dancing,” Ciara said. “She [could] sit there and watch Irish dancing videos for hours and hours.”

Siobhan's accident occurred in 2013. She was zip lining at a friend’s house when she lost her grip on the handlebars and fell backward. She injured her C5 and C6 vertebrae, leaving her paralyzed from the chest down. Today, she has some wrist movement and can speak and breathe freely. But she had a tracheostomy for nearly three weeks while she was hospitalized following the accident.

“When you’re injured at that level, you lose the ability not just to breathe, but to just be able to cough because you’re paralyzed from the chest down," she said.

After that, she went to Kessler Rehabilitation Center in New Jersey for about two months because it was close to family in New York. She needed all the support she could find, she said.

“Because you know, kind of a big deal,” she laughed.

These days, Siobhan goes to CORE twice a week, where she's able to move and stimulate muscles, which prevents them from atrophying, increases her circulation and helps her flexibility. And it has helped make more than just a physical transformation over the past few years, Ciara added.

"You’re used to living one way, going out all the time and everything, but now you have to go out in this new way so you don’t feel comfortable all the time, so you [could] become kind of more of a home body," Ciara said of Siobhan's time after the initial injury. "So it’s nice to go to the gym with people that are kind of going through the same thing you’re going through ... You don’t feel like an outsider there. So I know it helps her mentally and physically."

Moving forward, Ciara hopes to jumpstart the The Siobhan O'Sullivan Foundation, which was started to offset many of the initial costs from Siobhan's injury. Eventually (and understandably, she said) it fell by the wayside. But now, she is on track to establish it as a nonprofit again and help fund more CORE classes for her sister or help others with SCIs find their own therapies.

On Sept. 18, Clifford and Ciara O'Sullivan will cross the finish line in Orlando with Siobhan, who, by the way, is throwing a huge party.

Before their Sept. 2 sendoff, the women said they are still looking to plan more events at local bars, reach out to more friends who can ride with them for part of the trip, and get the word out about their journey.

"[We have been] reaching out to people and just getting used to asking for help when you need it," Clifford said. "We've had no shame, and we've been getting positive responses."

"Just ask for help when you need it."