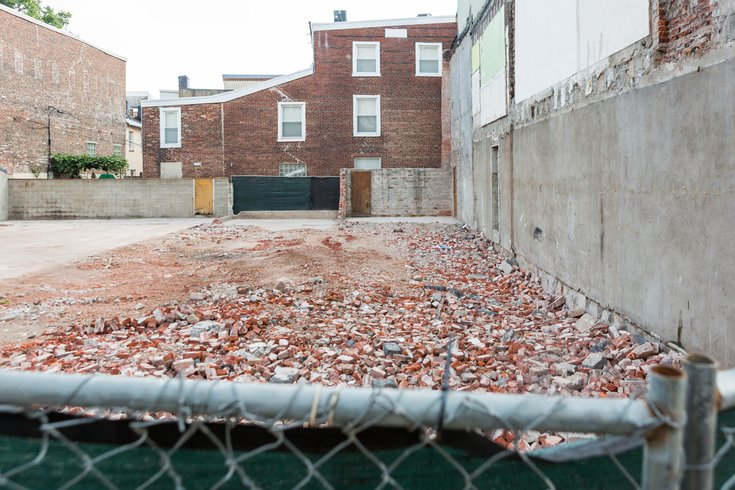 The rubble that remains at the former home and birthplace of Mario Lanza at 636 Christian St. in South Philadelphia, July 16, 2018.

Mario Lanza's birthplace has been reduced to a pile of rubble.

Despite opposition from the local neighbors association and some South Philly residents of Italian heritage, a developer has moved forward and demolished the home at 636 Christian St., where the famous opera singer was born.

The plan is to construct two buildings with seven apartments and 10 parking garage spaces on the Lanza property and adjacent lots. The entire proposal spans the lots of 630-638 Christian St.

Danny Vanore grew up with the Lanza family and was one of the South Philadelphians vocally opposed to tearing down the house. A professional singer who plays gigs across the Delaware Valley, Vanore was inspired by Lanza growing up.

Vanore said he was going to get a water ice at John's nearby on June 28 when he noticed the demolition taking place.

"Not much to say, it's a different time now. The people here have no roots to our past. Just glad that I lived through a time when they did," Vanore told PhillyVoice in a Facebook message.

A Pennsylvania Historical Marker that notes Lanza's birthplace still stands in front of 636 Christian St. However, those markers don't guarantee preservation. A designation from the Philadelphia Historical Commission could have saved the home, but no such designation was acquired for the building. 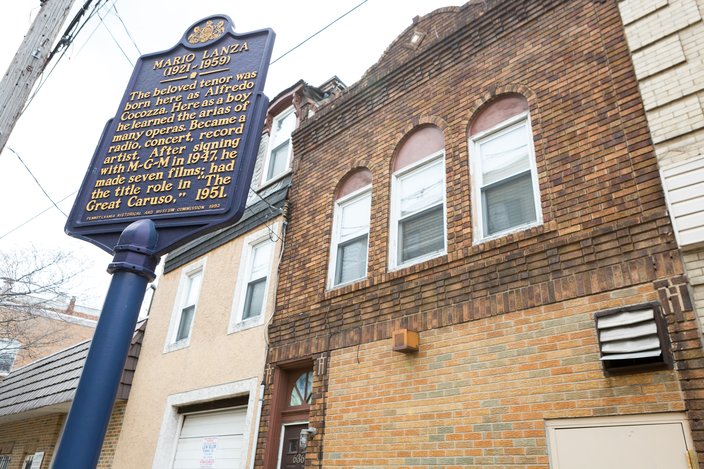 Mario Lanza's birthplace, 636 Christian Street in Philadelphia, before it was demolished in the summer of 2018.

Lanza was born in the small, two-story rowhome in 1921. He became a world-renowned opera singer and actor, cementing himself as an icon in the Italian-American community. After his death from a heart attack in 1959, three separate funeral services were held in Rome, Philadelphia and Los Angeles.


Vanore had originally planned to host a concert out front of the house in Lanza's honor and to try and stop the impending demolition. Now, he's working with other residents and Councilman Mark Squilla's office to host the concert at Columbus Square at 12th and Reed streets. He said the concert's tentative date is Oct. 6, but that plans have not been finalized.

Squilla confirmed in an email that they're looking at Oct. 6 for the concert; Lanza died on Oct. 7, the councilman noted. He added that Vanore is taking care of much of the outreach and budget for the concert.

The developer behind the project, Christian Street Acquisition LLC, acquired the house, along with properties on either side of it, in a sheriff's sale. Demolition permits for Lanza's old house and the property that borders it to the east were approved in early May. A demolition permit for the property next to it on the other side, the old Banca Calabrese building, is still pending, and that building still stands.

The project was opposed by the Bella Vista Neighbors Association, which determined the plan for a "shared 'gated' private driveway" would be "inappropriate" for the community. Larry Weintraub, co-chair of the association's zoning commission, also told PhillyVoice in April that the height of the proposed structure was "excessive."

Michael Phillips, attorney for Christian Street Acquisition, said in April the company was working with the condo association of a neighboring building to make adjustments to the original proposal. According to online zoning records, the status of the building proposal is still pending. Phillips didn't immediately respond to a request for comment Monday afternoon. 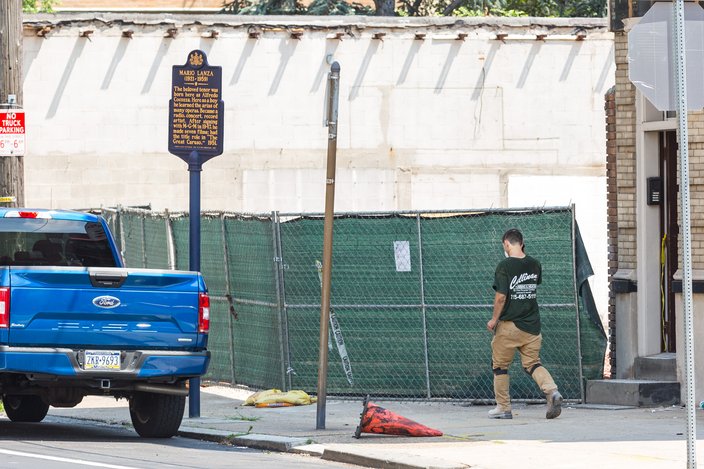 The site of the former home and birthplace of Mario Lanza on Christian Street in South Philadelphia that was recently demolished, July 16, 2018.

The destruction of Lanza's house comes as a museum dedicated to him is looking for a new home. The Mario Lanza Institute and Museum, currently located at 712 Montrose St., is losing its space as the building it occupies is being sold to a developer. The museum is looking for a new location and is raising funds online.
Follow Daniel & PhillyVoice on Twitter: @Ohh_Danny_Boy | @thePhillyVoice
Like us on Facebook: PhillyVoice
Add Daniel's RSS feed to your feed reader
Have a news tip? Let us know