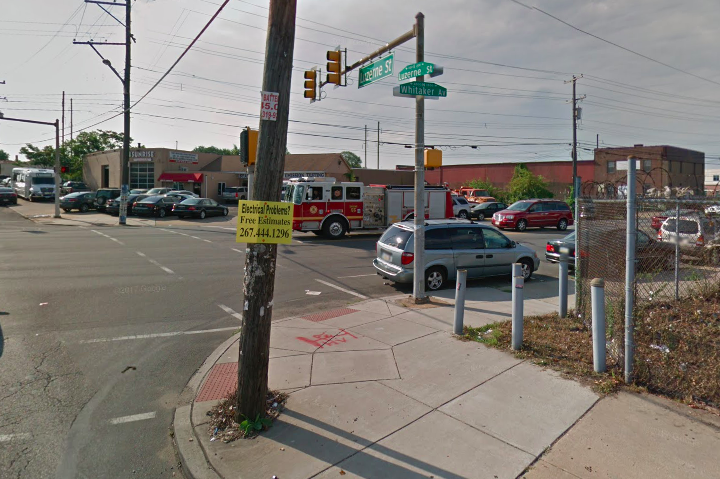 Intersection of Whitaker Avenue and Luzerne Street in North Philadelphia.

A 40-year-old man was fatally struck by a dump truck as the driver made a right turn Friday morning in North Philadelphia, according to police.

Authorities said the collision occurred around 8:40 a.m. at the intersection of Whitaker Avenue and Luzerne Street in the city's Juniata Park-Feltonville section.

The dump-truck driver said he did not see the victim on his bicycle as he made a right turn onto Whitaker Avenue, according to police.

Medics transported the victim to Temple University Hospital where he later died of his injuries. His identity was not released.

No arrests were made at the scene and an accident investigation remains ongoing.

The accident marks the fourth fatal automobile crash involving a cyclist over the past year in Philadelphia.

A 24-year-old woman was fatally struck by a garbage truck in Center City last November and a 34-year-old man was killed last month in an accident at 10th and Spring Garden Streets.

An 11-year-old boy was also killed in May when he was struck by a car at 10th and Shunk Streets in South Philadelphia.

Philadelphia has pledged to improve road safety for cyclists in the city by fulfilling commitments to Vision Zero, a multinational road traffic safety project that aims to achieve a highway system with no fatalities or serious injuries involving road traffic.