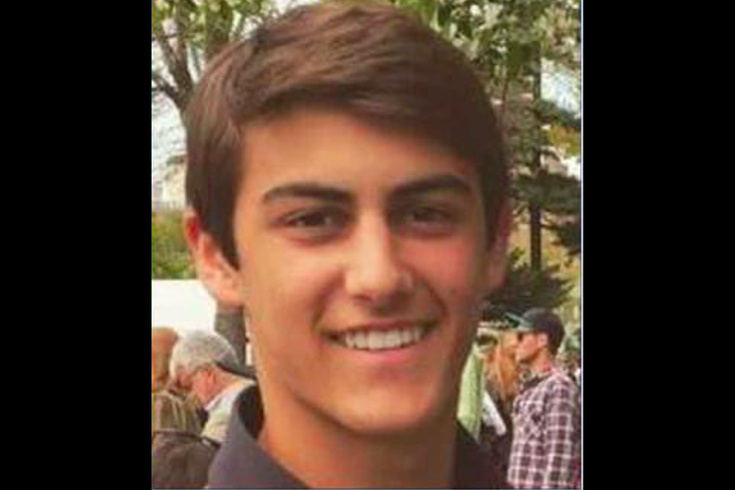 A 19-year-old student who died last week after a "chain of events" at Lafayette College was not a victim of criminal wrongdoing by other students on the Easton campus, Northampton County District Attorney John Morganelli said at a Tuesday afternoon press conference.

McCrae Williams, a freshman lacrosse player, passed away last Monday after suffering what the county coroner ruled was blunt force trauma. There were no signs of external injury and investigators initially said Williams' death was precipitated by a "chain of events" involving underage drinking.

Morganelli detailed a sequence of parties that began the Friday night before Williams' death and carried into Saturday afternoon. Surveillance video from Lafayette College and a nearby Wawa showed Williams walking with visible signs of intoxication before returning to his dorm room.

Accompanied by a female friend, Williams became sick in his dorm bathroom on at least two occasions. The second time, the friend said she heard a loud crash in the bathroom and found Williams in pain on the ground. He was conscious at the time, Morganelli said.

Over the course of the next day, Williams remained in bed as friends and fellow lacrosse players returned to check on him, according to prosecutors. Morganelli said the students were under the impression he was suffering from the effects of alcohol. They brought Williams food and water, but he persistently said he wished to be left alone to sleep.

By late Sunday, concerned about Williams' condition, the students attempted get him medical attention. At one point Williams "became combative," Morganelli said, but was eventually convinced to cooperate. The students brought him outside with the intention of taking him to a hospital. When they called the coach of the Lafayette lacrosse team, an EMS was sent to the school and Williams was hospitalized in a semi-conscious state.

Williams, who was recruited to play lacrosse from a Massachusetts boarding school, died the next day at Lehigh Valley Hospital.

"I do not see this as a Penn State case at this time," said Morganelli, referring to the criminal case surrounding the February death of Timothy Piazza after a night of fraternity hazing. "I think the facts are materially different."

Investigators believe that Williams likely suffered a serious head injury when crashed to the concrete floor of his dorm's bathroom. The last time he consumed alcohol would have been Saturday afternoon, seemingly leaving plenty of time for him to have recovered from drinking.

The students who provided oral statements to investigators all corroborated information gathered from surveillance video and text messages piecing together a timeline of events from Friday to Sunday, when Williams was hospitalized. The results of the coroner's toxicology tests have yet to be released.

"We're dealing with 18 and 19 and 20-year-old kids who felt their friend just needed some time to sleep off the effects of alcohol," Morganelli said. "I have no evidence that he was forced to do anything, that there was hazing."

Morganelli added that his office was interested only in a death investigation and does not have plans to prosecute Lafayette students for underage drinking.

Williams was honored last Tuesday night with a campus vigil.

"Losing a member of the Class of 2021 is a heartbreaking start to the year for our newest students in particular," Lafayette College president Alison Byerly said in a statement. "I hope that the support of the community will be helpful to all at this very sad time."