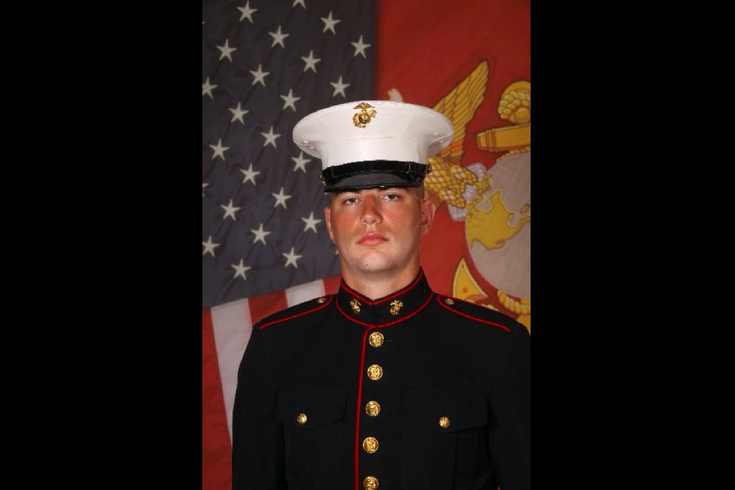 Dalton Beals, 19, died during a basic training exercise at Parris Island in South Carolina on June 4, 2021. Beals was just two weeks away from officially becoming a Marine. The base said he has been given the title posthumously.

A U.S. Marine recruit from Pennsville, N.J. died last Friday during the culminating event of his basic training at Parris Island in South Carolina, the military base announced.

Dalton Beals, 19, was part of Echo Company, platoon 2040 and just two weeks away from graduating on June 18 when he died during the rigorous exercise. The circumstances of Beals' death remain under investigation. He will be considered a Marine posthumously.

On Friday, June 4th, Private First Class Dalton Beals passed away during the conduct of The Crucible with the new...

The exercise during which Beals died is known as The Crucible, a daunting 54-hour test that includes physical and mental challenges. Recruits must endure food and sleep deprivation before concluding with a nine-mile trek that marks the end of the exercise.

Beals was a football player and wrestler at Pennsville Memorial High School in Salem County. Flags at the school are being flown at half staff to honor Beals' memory.

A GoFundMe campaign established on behalf of the Beals family had raised more than $25,000 by Tuesday afternoon.

"His amazing mother described him as 'the most sincere, kindhearted, sweet and amazing young man,'" the campaign's organizer wrote.

The last Marine recruit to die at Parris Island was Raheel Siddiqui, a Muslim man who leaped to his death in 2016 after enduring physical and verbal abuse from his drill instructor. The drill instructor was convicted by a military court and sentenced to 10 years' confinement for mistreating Siddiqui and other recruits, but the U.S. Supreme Court decided last March not to hear a $100 million wrongful death lawsuit filed by Siddiqui's family. The disturbing story at the base was picked up by a film studio and may be developed into a TV series.

Parris Island did not release any additional information about Beals' death.