Data shows Friday's snowfall could be evidence of climate change

Amount of snow this March is unusual 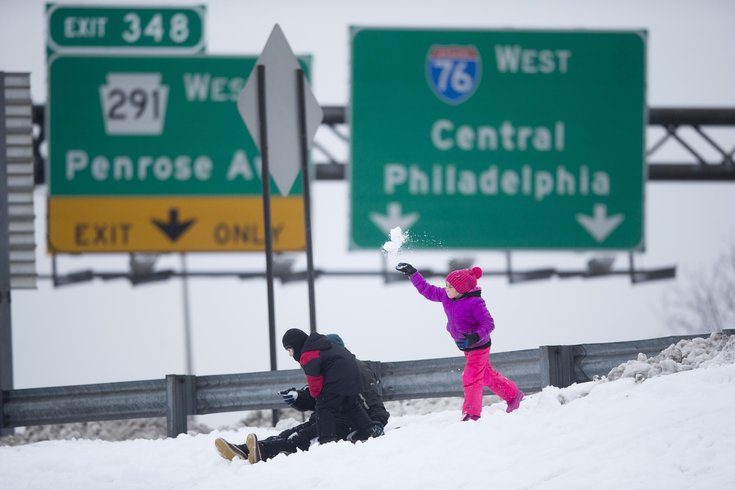 A young girl tosses snow from an Interstate 76 embankment as she and others play.

Waking up Friday to a steady snowfall was an unwelcome reminder that despite recently warmer temperatures, this winter isn't going down without a fight.

It's already been documented how the past few months have been much colder than average. As it turns out, the amount of snow we've received this March is also unusual. What's worse, it could be an indicator of climate change.

“It’s weird to have 6 inches of snow on the first day of spring. ... I don’t think we should say global warming. It should be climate change.”

As FiveThirtyEight confirms, this snowy March has been, in fact, out of the ordinary:

Friday brought an impressive 3.9 inches to Philly, which has averaged just 3.6 inches in all of March each year since records were first kept in 1885. Philly has gotten 11.9 inches of snow this month — the eighth-highest March total in the last 131 years.

Could this bombardment of snow really be a sign of climate change? A report from The Washington Post explains that it actually snows more when temperatures are just below freezing, and less when the temperatures are much colder. Essentially, the oceans getting warmer creates the perfect conditions for massive blizzards.

Despite a continuous stream of information that supports the claim that man-made climate change exists, some continue to doubt the scientific evidence: