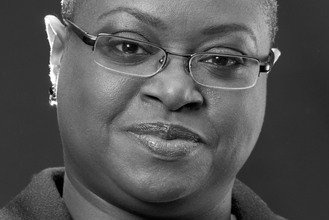 Read More
Democratic National Committee Chair Rep. Debbie Wasserman Schultz tapped Rev. Leah Daughtry to serve as the chief executive officer of the 2016 Democratic National Convention Committee.
Daughtry, a principal at a consulting firm that produces high-profile events, will oversee the planning and execution of the Democratic Party's presidential nomination convention being held in Philadelphia. She previously served as the CEO of the 2008 DNC Committee while also serving as the Democratic National Committee's chief of staff.
“I could not be more excited to lead the Democratic Convention team,” Daughtry said in a statement. “This is an exciting time to be a Democrat, and we have an important opportunity to build on the progress we have made over the last six years and to nominate and help elect the 45th President of the United States. The road to the White House will begin right here in Philadelphia!”

Honored to serve as CEO of 2016 Democratic Convention. The road to the White House goes through @PHLDNC2016 @TheDemocrats

Daughtry, a principal at BCT Consulting, also serves as pastor of The House of the Lord Church in Washington and is the founder of Faith In Action, a Democratic Party outreach initiative. She previously was the assistant secretary for Administration and Management at the U.S. Department of Labor, where she oversaw a $35-million budget.
Philadelphia political leaders, including Mayor Michael Nutter, former Gov. Ed Rendell and 2016 Host Committee Executive Director Kevin Washo, hailed the appointment.
"Philadelphia was the perfect choice to host the Democratic Convention, and Rev. Daughtry is the perfect choice to lead the planning and management of this tremendous event," Nutter said in a statement. "She brings a wealth of experience, tenacity and proven ability to execute conventions flawlessly, and I look forward to welcoming her to Philadelphia to lead this historic convention.”
Philadelphia landed the 2016 DNC in January, beating out Booklyn, N.Y. and Columbus, Ohio. Democratic leaders cited the city's infrastrucure, security and past success as reasons for its selection. Philadelphia hosted the 2000 Republican National Convention, an event that paved the way for other major events in the city.
The 2016 DNC, slated to begin July 25, is expected to draw 35,000 people to the region. The event could boost the local economy by $175 million to $225 million.