The 64-year-old six-term legislator died early Monday after a lengthy illness, a passing that came amid a nasty public spat 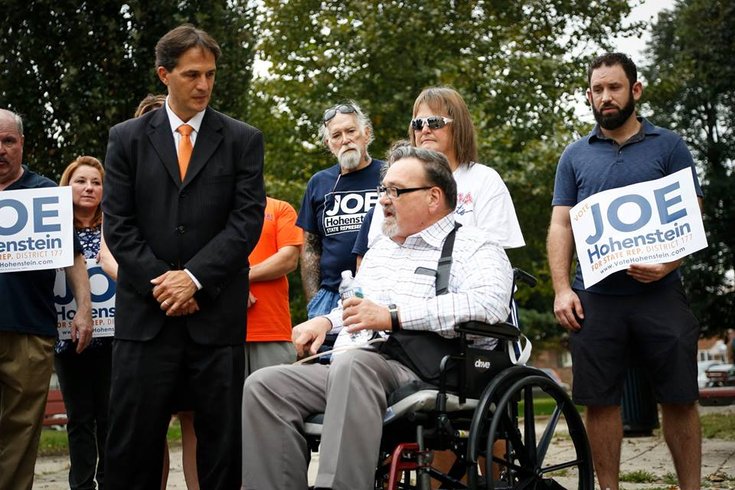 Early Monday morning, six-term state Rep. Mike O’Brien, 64, suffered a fatal heart attack and died in the Fishtown home where he lived as a child, according to his daughter Bridget.

After his death was announced, many elected officials and others – including Mayor Jim Kenney and Gov. Tom Wolf – shared remembrances on social media.

If O’Brien’s name rings a bell – and you’re not from his 175th Legislative District – it could stem from a weekend story about a feud he apparently had with a longtime friend who’s now seeking election in the nearby 177th district.

Patty-Pat Kozlowski, a former Democrat now seeking office as a Republican, apparently took exception to O’Brien endorsing her opponent Joe Hohenstein earlier this month. So, she called and left a voicemail at O’Brien’s district office, a message obtained by local website Billy Penn, which ran a story about it on Sunday.

“Hey, this is Patty-Pat Kozlowski,” she said, according to the Billy Penn story, which included embedded audio of the voicemail. “This message is for state Representative Mike O’Brien. You fat bastard! Next time you’re dying in Northeastern Hospital and you call someone to feed you Breyers and Diet Coke, lose my number. Really?”

Kozlowski told Billy Penn it was “a loving message, that she “hoped he laughed about it” and that he should’ve stayed out of the race.

On Monday afternoon, Kozlowski told PhillyVoice that she reached out to O'Brien's family with a message of sympathy earlier in the day.

She thought someone was playing a sick joke when word of his passing reached her ears at a time when she had "a bottle of Tullamore Dew and a pint of Breyer's Vanilla to drop off at his house."

"No matter what went on between me and Obie this past week, I considered him a friend and father figure," she said. "Only a fool keeps fighting with a dead man, so I deleted all posts about the incident.

"I know he's up there with his thunderous laugh at me cause he got the last word." --Patty-Pat Kozlowski

"His wife told me he was very fond of me and had high expectations for me, but was angry that I joined 'the party of Trump.' I told her I was angry at him for endorsing a guy nobody knows or likes just for the sake of politics, and he will always be one of my favorite guys."

Rather than dealing with a voicemail that she didn't release, Kozlowski said she would've asked to head over to his house to talk instead of engage in a public feud.

"I know he's up there with his thunderous laugh at me cause he got the last word," she said.

You can hear the audio of the voicemail Kozlowski left for O'Brien via this link.