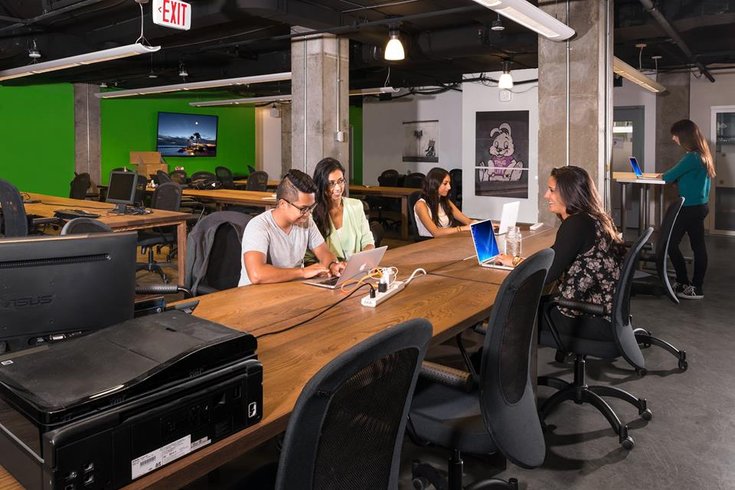 Workers sit at the table of a MakeOffices co-working space.

Washington D.C.-based firm MakeOffices has signed an almost 57,000-square-foot lease on Market Street, paving the way for the largest co-working space to date in the city. Businesses should start moving in this summer.

As the Philadelphia Business Journal reported, the space will occupy four floors of Seven Penn Center, located at 1635 Market St. In addition, there are plans for another MakeOffices space at 2001 Market St. on Commerce Square.

Co-working spaces have been spreading like wildfire in Philly, which went from having only one space in 2007, according to Philly.com, to around 30 now. There's more than 270,000 square feet of co-working space in the city already, and that number is expected to grow significantly, according to the Business Journal.

The company used to be known as UberOffices, but it changed the name in November to avoid being confused with the rideshare app. According to the Business Journal, it has raised more than $14 million in funding and plans to expand to New York, Toronto and Chicago.