Dear Angel Soft, I am a single mother and I do not endorse your message 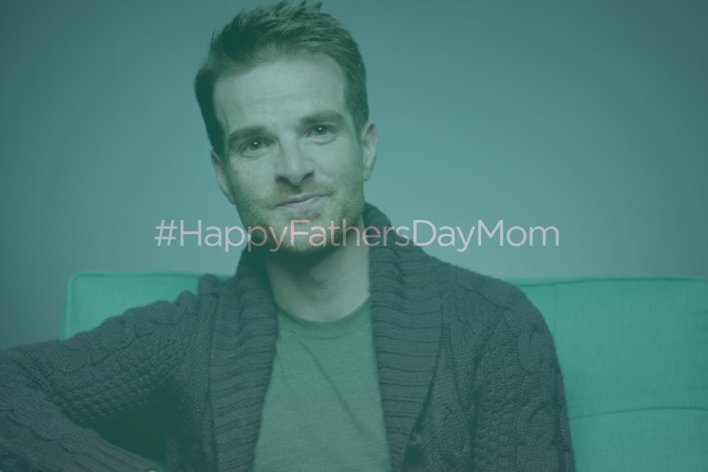 The Angel Soft commercial has garnered more than 60,000 YouTube views and has added fuel to the ongoing debate about whether it’s fair or right for mothers to be recognized and celebrated as fathers, too.

If you’re active on social media, you may have come across Angel Soft’s Father’s Day commercial, “Happy Father’s Day, Mom.” In the commercial, a diverse group of people with various backstories explain how their mothers worked hard to raise them. It starts off rather heartwarmingly, as they share the circumstances that led to their mothers becoming single and forced them to “step up” for their children.

“My father passed away when I was 3. Um, there was four of us kids in five years, so my mom had to raise four kids by herself,” said the first gentleman in the commercial.

Many of the interviewees are emotional — so emotional, in fact, that they struggle to complete their sentences. Eventually, text appears on the screen and reads:

And then, around 1:35, things take a turn when another gentleman in the film states:

“She really is like the most amazing mother, but she was an incredible father. Truly incredible.”

His statement is followed by another block of text that reads:

“But every day she had to be both.”

Then each of the interviewees wishes their mother a “Happy Father’s Day, Mom.”

The commercial has garnered more than 60,000 YouTube views and has added fuel to the ongoing debate about whether it’s fair or right for mothers to be recognized and celebrated as fathers, too.

Let me first say that as a journalist and media professional, I like the way that Angel Soft approached the storytelling on this. Who would have expected that a company known for its toilet tissue would find a way to play on the “softness” and “strength” of the product by tying it to single mothers on Father’s Day? Although, for me, it’s a stretch, it’s kind of hilarious, since there are plenty of single mothers who believe the father of their children isn’t “worth s---.” Get it?

Anyway, aside from the aforementioned, let me be very clear with my perspective on this: I am a single mother, and I do not endorse this message.

To give you a little background on my journey to single parenthood, I became pregnant with my eldest daughter at the age of 16. Her father and I were together for nearly six years, and although we’re no longer together, I still consider him one of my best friends, and overall, we do a good job of co-parenting and blending our families.

My younger daughter’s father completely walked out on us years ago as a way to hurt me for leaving him (his words, not mine). I left him because he was a liar and a criminal (this is factual, not an emotional bashing — court records proved all of this). He lied about his age and a whole bunch of other things, and I didn’t find out until it was already too late, and by then, he had become someone who was drastically different from the man I once loved. I no longer trusted him, and I feared for my future and my daughters' futures. So yes, I left him. And then he left us.

It was my eldest daughter’s father who stepped up and became the father figure in both of their lives. He takes both of them every weekend. His family has embraced my younger daughter as they do our eldest, and on birthdays and special occasions, “Daddy” buys for both of his girls. Although there were some painful moments of growth along the way, I see the kind of family that we have as a blessing, because we have a beautiful family full of love, support, respect and security.

And even in our worst moments as parents, I would NEVER own the title of father. I’m not a man. I am a womb, man. There’s a big difference.

I believe that the title of father is reserved for the men who biologically produce their children or step in to be a father to a child in need. Of course, that doesn’t stop the baby-making process; a woman can go the route of artificial insemination, however, she still wouldn’t be a father. She’d be a woman who was artificially inseminated.

Even in the case of a transgender man, to me, that person is a parent/mother/caregiver — whatever title best fits — but not a father. A prime example of this is Laverne Cox's character on "Orange is the New Black." Sophia Burset is a transgender woman who still identifies herself as her son’s father.

Furthermore, the absence of a father figure does not mean that the mother’s title changes: She is still a parent. A parent is defined as “a person who has a child” or “the caretaker of the offspring in their own species.” I did not make my children on my own. No matter how hard I must work and give as a result of the decisions that their fathers and I made, I am a single mother doing what I am supposed to do: Take care of my children. The same goes for single fathers.

I think, at the root of it, this debate and these two holidays are tied to America’s incessant fascination with gender norms. But clearly, things have changed drastically. According to the Pew Research Center, 54 percent of Americans live in non-traditional households.

When I reposted the video on Facebook and expressed my differing opinion on the matter, one woman, Jamie Gauthier, who is the mother of two great boys, captured my sentiments perfectly. She wrote:

“I like Mother's Day/Father's Day, too, but honestly, I would be in favor of getting rid of these holidays, altogether, for something more inclusive. Imagine how awful these days must be for children without a mother or father (or a traditional family structure). And the funny thing is, as I've grown older, I've come to see that although a traditional family structure can be beneficial (and easier), there are plenty of kids that thrive outside of it. How many people do we know who are being raised by grandparents, or by a mom and her extended family, or a dad and his extended family, or two moms, or two dads? So, since (in my opinion) what kids need is stability and love (regardless of who provides it), why have holidays that make them feel like their families need to conform to a certain standard? I propose getting rid of both of these days and replacing them with Adults Who Love and Take Care of Children Day. Problem solved!”

While I enjoy the special attention and extra love given on Mother’s Day, trust me, I could go without it. Furthermore, one thing I’ve worked hard to instill in my children is that their mother, father and elders should always be honored. If my daughters' fathers were to pass tomorrow, I still wouldn’t allow them to strip their fathers of that title, because without them, my daughters wouldn’t be here. And even with all the hurt and pain my youngest daughter’s father brought me, he is still her father, and I never speak negatively of him to her. Why? Because that’s her father, and although he was immature, I know, deep down, he loved her; plus, she looks just like him. I don’t want her looking in the mirror and hating the face staring back at her.

And I certainly don’t want my daughters thinking that a woman can provide the same kind of love to her child that a man can. Ask any “daddy’s girls” if there’s a love on this earth like their fathers', and I guarantee they’ll tell you there isn’t.

So no, Angel Soft and America, it is not a "Happy Father’s Day to Mothers." We have our day, and quite frankly, at the rate that society is changing, we need to go back to the drawing board. Find one day that allows us to honor all parents and caregivers. Thank you.