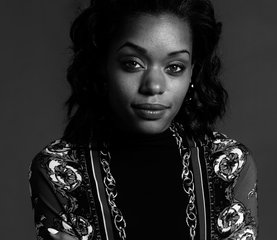 Syreeta Martin is the founder and CEO of Sincerely Syreeta & Co., LLC, a start-up media production and communications company.  Follow her on twitter at @SincerelyReeta.

What’s the part of your story/journey that people don’t see on Instagram?

This whole piece started with a rum on the rocks and mindless scrolling through Instagram.

8 ways to be a good unmarried friend

8 perfect places to pop the question in Philly

I’m guessing you found your way here because you either plan to propose, are doing the dirty work for someone who does, or have a vision and are prepared to drop notes for your current (or future) sweetie so that your memory is perfect.

From North Philly to Hollywood: kid shines in 'Jason's Letter'

At 12 years-old, Jamol Manigault works harder than most adults I know…and he got his start just 6 years ago.

Kids & Tech: Trying to keep your child connected and protected

For kids back in the day, finances and money management were stuff your parents worried about. Today, those skills are taught to many students as early as middle school. But Ashley M. Fox, a former Wall Street analyst with nine years in the financial industry, is working to take financial education for children to the next step.

I don’t know if you knew, but it goes down in fifth grade, from the DMs to school hallways.

From the boardroom to the pulpit: breaking the stained glass ceiling

In the final installment of this two-part series, PhillyVoice explores the journey of two women leadership positions at Wells Fargo and Independence Blue Cross, and at their churches as women in the pulpit.
Page 1 of 3 next