If everyone is sharing their highlights, who shares their secrets? 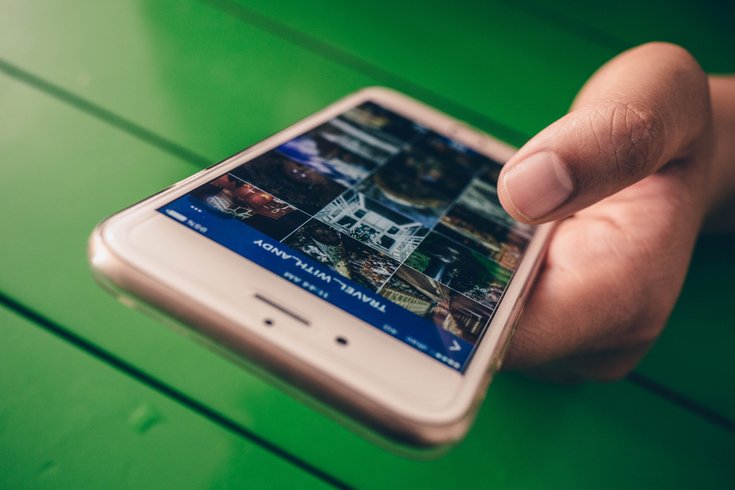 Filtered photos and foodie pics..."Baecations" and girls trips...Funny memes and animal videos...Family photos and pics of kids...Stories of substance and post about...well, nothing...

This is just a snippet of what people do share on Instagram. And if you're relatively active on the social media platform, then you probably know one too many folks who "do it for the 'gram," but in real life, it's a different story.

So, what about that story?

The stuff that we don't do for "the 'gram?" What about the people and situations that even a filter or carefully curated story can't do justice because...life?

Essentially: What’s the part of your story/journey that people don’t see on the ‘gram?

Here's what a few social media users we polled shared along with some context for their reasoning. (Names have been withheld at the users' request.)

A divorce or break-up can be extremely painful, but when you add a former partner who is emotionally or mentally unstable (or just flat-out bitter) to the mix, life can become a living hell. What’s more, posting about them may only end up making you look like the unstable one or another person seeking attention.

While it’s great that the stigmas surrounding mental health are being deconstructed, there’s still a long way to go. Then there are the everyday challenges of trying to maintain a healthy and fulfilling life despite mental illness and/or emotional trauma. A visit to social media could become more harmful than helpful on the road to healing and gaining a sense of wholeness.

3. The power of therapy

One IG user spoke to the power of therapy. In a follow-up e-mail, she revealed her reluctance to share that much of her recent success and happiness is due to therapy.

“A few months ago, I was going through a lot of transitions,” she wrote.

“In order to handle it all, I started going to therapy on a weekly basis. Without getting into too much detail, it has been the best decision ever. You hear that therapy is not something black women do (or the black community in general), so I'm strongly considering sharing more about this journey in hopes that it inspires others.”

Another Instagram user shared how, although she was transparent with her followers about the grief she’s working through, there are things they don’t know or see. She later wrote to me and provided further context: Her first cousin, whom she raised like a son, was murdered two months before his high school graduation. But his wasn’t the only death she endured. A few years prior, her significant other passed. This means most of her 20s was spent…grieving.

“And if I wasn't grieving, I was trying to repair and rebuild what grief and trauma have attempted to destroy,” she wrote.

“While I depended on my faith, the battle to push pass the grief was harder. I suffered with PTSD, depression, and anxiety. Between the role I play in my family, and a career with young people that's already demanding, it felt like there wasn't much room for me to say it began feeling like too much. So, I learned to carry it instead of unpacking it.”

And while a criminal trial wrapped up recently with justice having been served, she still hasn’t been able to fully discuss it on social media.

“I know so many people are dealing with their own ‘mess,’ and to burden them with my own would be selfish. So, I move around it and if someone asks me directly, I share. I know there will be a day when I share the full story. But until then, I want to continue to work towards the goal of sorting it all out!”

Let’s be honest: Even though someone may look successful, they may not always feel successful. Their followers see the new announcements, fancy titles, and material possessions, but the person posting knows the sacrifices, rejections, failures, and self-doubt all too well. While the spotlight on the social media stage offers a warmth of respect and admiration, the darkness that awaits once the app is closed can bring a cold, hard slap of reality. Ouch!

6. The struggle with work/life integration

This is pretty much the struggle of life for many of us, and may even lead to tears or sincere "WTF" moments. While social media may be a part of the integration process for many of us (especially those who are entrepreneurs and business owners who benefit from these kinds of platforms), that doesn't mean the process itself is always captured and shared.

Every conversation or funny moment doesn’t get captured. Every meal isn’t snapped. Every win—and certainly loss—isn’t shared. For some, not sharing their day-to-day life is a conscious and intentional decision to protect their peace, privacy, and priorities.

For those who believe in a higher power, no matter where they may be on their journey, it can be difficult to share certain aspects of their faith walk – especially on social media, where just about everything and everyone is judged in the blink of an eye. Even when someone may want to be transparent about their "stumbles" in hopes of empowering or encouraging others, they run the risk of harsh criticism – not just of their shortcomings, but of their entire religion or spiritual belief system. A living hell, much?

What about you? What is something you don’t post on Instagram, or social media in general, and why?