Philadelphia's wildly popular, day-long event on Germantown Avenue that celebrates all things Hogwarts was preparing for its eighth year 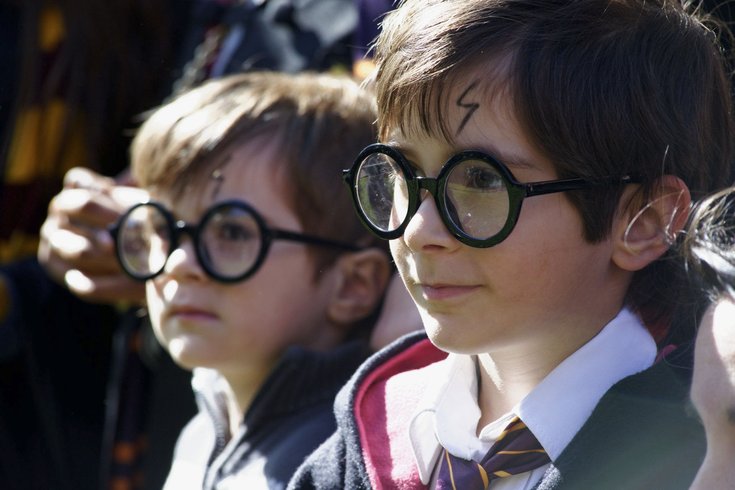 Warner Bros., the owner of most of the rights to the popular franchise, is cracking down on Potter festivals and restricting the use of any terms and imagery from the books for profit.

The festival, which is based on author J.K. Rowling's internationally-acclaimed and beloved Harry Potter novels, usually takes place in October and has become something of a local sensation for its authenticity and good-intentioned fun among superfans.

But Warner Bros. is saying the festival violates the company's licensing rights because it uses both names and imagery from the novels and harry Potter films, the Chestnut Hill Local first reported Wednesday.

Apparently Warner Bros. is pretty aggressive about shutting these events down. In March the studio sternly warned organizers of a Harry Potter festival in Aurora, Illinois, about potential trademark violations with an event there. The Chestnut Hill Local also referenced a Harry Potter-themed dinner planned by a woman in the U.K. that was shuttered.

MORE NEWS: This is what the new Will Smith mural looks like

Likewise, the reaction on Philly Twitter also has been pretty aggressive. Understandably, fans are upset about this, tweeting at Warner Bros. and Rowling with the hashtag #savethehpfestival.

#SavetheHPfestival Warner Bros is ending a great thing. “Things we lose have a way of coming back to us in the end, if not always in the way we expect.” @jk_rowling can you help bring it back to us? pic.twitter.com/70riQYRWk6

Help us out, @jk_rowling! My kids had no idea about Harry Potter until we took them to the festival in Philly. Since then they've bought ALL of the licensed merch & flew to Orlando for HP. It's good for the brand AND Trump hates Philly 😈 - it's a win-win to #SaveTheHPFestival ✨

This is one of my favorite things about October, but this year, they canceled it because @wbpictures has gotten all greedy. I’m really disappointed bc I can’t just hop on a plane and go to Wizard World and this brings Harry Potter and @jk_rowling to me.☹️https://t.co/Jm0ma9RJiC

@jk_rowling, please save the Harry Potter Festival in Chestnut Hill, PA. It's a joyful event that brings your fans together as well as supporting local businesses and @WarnerBrosEnt is trying to shut it down. #savetheHPfestival

You’re the only one who can bring the Chestnut Hill Harry Potter Festival back. It brought joy to over 50,000 people. Please @jk_rowling, you’re our only hope. #savetheHPfestival

#savetheHPfestival a family fun and affordable way for people to enjoy Harry Potter. Shame on big corporations like @WarnerBrosEnt for forcing Chestnut Hill to discontinue the festival. Not only was it fun but it supported local businesses pic.twitter.com/B9MvzDu59q

hey @jk_rowling, please help us #savetheHPfestival in philadelphia! i'm a lifelong fan, and the festival is such a joy! please let us bring it back.

The Chestnut Hill Local reported there is a Wizards & Wands pub crawl in the works that will likely line up with Chestnut Hill College's annual nonprofit Harry Potter Academic Conference, which is happening on Oct. 19-20 this year.