Managing self-growth and growing your own young ones can be a challenge; heres how some local moms have balanced the scales

This whole piece started with a rum on the rocks and mindless scrolling through Instagram.

A photo of smiling women with a "Happy birthday, mom!" caption caught my eye.

I watched as the rum lifted my fingers and began typing: "If you haven't already, ask her what advice she would've given her younger self – the one before kids and marriage. As a mother and journalist, I've found that to be a thought-provoking question for mothers and wives."

RELATED READS: Dating for the first time as a single parent: Five helpful do’s and don’ts | Stop spanking your child: The case for ending legal forms of corporal punishment | Stay true to yourself, and avoid those social media pitfalls | How to stop that argument you were about to have before it happens

Not too bad for typing with one eye closed.

I stared at the photo a little longer, deep in thought as I asked myself that question. What advice would I have given my younger self – the one before kids?

I thought about how, just months prior, I shared on my blog that after 12 years of being a mom to two children, I finally felt like a mom.

Twelve years of being this version of a mom that wasn't really me. It was the mom I thought I was supposed to be. Once I realized this, I wasn't okay with that reality. I had reached a point of growth where authenticity was required in every area of my life.

Call me selfish if you want, but I couldn't compromise that – not even for my kids – because even more than this idea of me that I wanted my kids to have was a truth I needed them to understand about me: Before I was a mom, I was a young girl trying to figure out who the hell she was, and now I'm working to define and embrace the woman that girl has become.

In case you don't know, self-work is hard as hell. And self-work while parenting? Yeah, back to the rum on the rocks.

Anyway, before I could answer the question I posted under the photo, they responded.

A suggestion to interview her mom, and other moms, stared back at me. A winking emoji followed.

Although I didn't get to interview her mom due to timing, I did get to ask six other moms one question:

What is an invaluable life lesson that you'd pass along to your younger – self (pre-motherhood).

Remember: these moms aren't perfect. Hell, they're far from it.

That's okay though, because they weren't perfect pre-motherhood either, and I mean, why stop a good party, right?

So, read on to meet the moms, have a few chuckles, and, whether you're a mom or not, keep this in mind: Even in the midst of chaos and imperfections, there's invaluable wisdom to be gained…and rum on the rocks to enjoy. 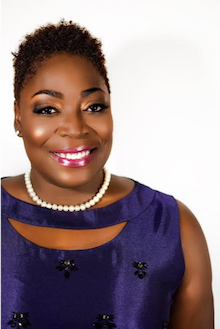 A quote or mantra that you live by: "Don't get bitter, get better."

Trust your gut instincts. They never fail. Allowing people to make me second guess myself cost me quite a bit as a young adult, until l figured it out. I would also tell my younger self to never ever slap my mother; I almost didn't live to become a mother of my own with that crazy stunt. She taught me a lesson that day that l remembered 34 years later. 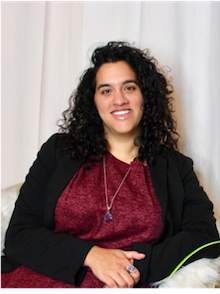 Number of children: One

A quote or mantra that you live by: Don't listen to all of the negative talk other moms spew at you! I don't know why we, as women, do this to each other, but so many love to regale us with their birth and child-raising horror stories. Don't get caught in the negative loop. Believe your body's ability to grow and birth a baby. Once the baby arrives, replace "They grow up too fast" with "They grow up right on time."

I wish I had discovered naturopathic medicine as a teenager and chosen a naturopathic doctor's help before resorting to birth control pills to treat my Polycystic Ovary Syndrome (PCOS)! I spent years taking birth control pills with awful side effects that have lasted into my 30s. Dealing with the consequences now and changing to a healthier lifestyle has been so much harder than it would have been if I started establishing better habits back then. I wish I chose natural medicines and healing methods before resorting to synthetic hormones and medications! 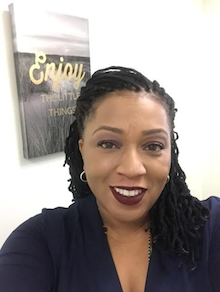 A quote or mantra that you live by: "I am enough!" 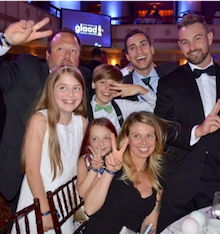 Occupation: Author of Hands off my Sparkle | Blogger at HandsoffmySparkle.blog

A quote or mantra that you live by: "I wish I could tell you it gets better. But, it doesn't get better. You get better." - Joan Rivers

If I could share a life lesson with my younger self, it would be to let go of shame quickly. Make mistakes, learn lessons from those mistakes, and then let them go. Holding onto shame will keep you hidden and you were meant to stand out. Also, don't cut bangs. Ever. 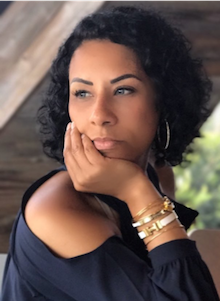 A quote or mantra that you live by: What starts wrong ends wrong.

There are so many lessons it's hard for me to choose just one. Learn how to really love [your]self so that you can make decisions that are healthy and relevant to the direction and purpose of your life. Be okay with taking risks in order to do what you need to gain more life experience and eliminate fear. Accept your personal imperfections. Don't allow other's opinions to define you; you don't need a coke bottle shape to be the one, the only one, the main one. Don't discount yourself or settle for less than you're worth. You don't have to fit in. God made you different for a reason. Stop all self-sabotaging thoughts. Your power doesn't come through money and success. It comes through confidence, and real confidence is beautiful. 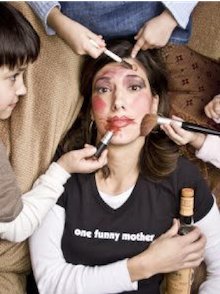 A quote or mantra that you live by: "Success is not final; failure is not fatal. It is the courage to continue that counts." - Winston Churchill

I've become so much braver since having kids. I would tell my younger self to take more risks, stop worrying about outcomes and live in the moment. It doesn't matter what college you go to, what job you have or how much money you're making. After you have kids, you'll work twice as hard and get half as much done….and you'll love every minute of it. Nothing I do now is ever perfect. I've learned to live in and cherish the chaos.