Approximately 300 images of topless and nude minors were shared 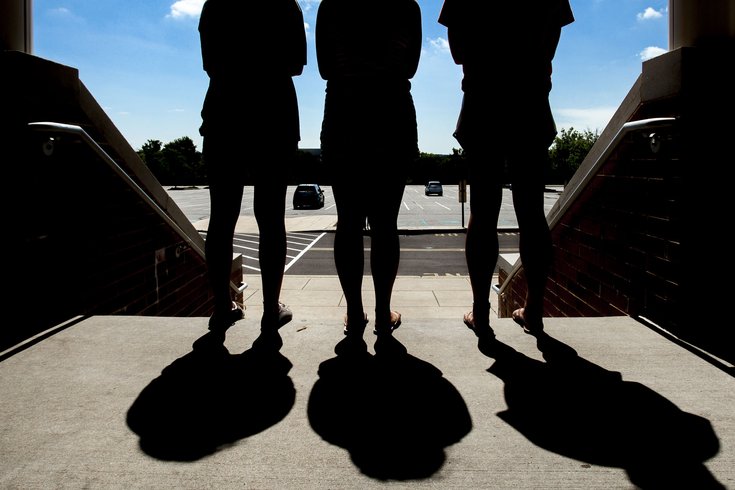 Three female North Penn High School students on the steps of the school. Two of the three girls who spoke to PhillyVoice about the nude photo scandal did not want to be identified.

It’s rated 50th in the state by U.S. News & World Report, sends graduates to top colleges and has a competitive athletics program, including a championship baseball team.

Then there is what it is best known for right now: An unresolved scandal involving social media and sexual images that has lingered for five months.

Late last March it came to light that some male students had used Dropbox, a file-sharing service, to post pictures of nude and partially nude female students during the 2014-2015 school year.

“It really has quieted down. I think the parents are satisfied.” – Christine Liberaski, North Penn High School director of school and community engagement

Despite heavy media coverage then, details of the extent of the file sharing and how it worked were scant.

But according to a little-noticed story by journalist Mandy Velez posted July 1 on Refinery29’s website, there were perhaps 300 pictures of girls, some topless, others with full body shots.

One girl, as young as perhaps 14, was seen “spread eagle with her face in the picture,” Velez reported.

According to Velez, the girls pictured appear to be primarily minors, under the age of 18. The faces of most of the girls were clearly visible.

The pictures were organized into files labeled with the first name of each student seen in the images, plus there was a miscellaneous file that contained various photos, according to Velez.

And at least one girl told Velez there was a picture labeled with her name, though the picture was not of her.

Velez’s account, based on interviews with multiple girls who spoke on the condition of anonymity, is the fullest explanation of how the file sharing worked.

Velez, 23, a North Penn High School graduate and full-time digital journalist and editor in New York, explained how the nude photos were shared:

“The system was quite simple: The boys involved would send acquired photos from past or current sexts via hookups to a text messaging group, without consent from said ex-girlfriends or girlfriends. The photos would then be added to the Dropbox.”

Velez, who was interviewed by PhillyVoice last week, did not, however, view the Dropbox photos first-hand. The link had been disabled by the time she began reporting.

News of the photo sharing roiled the campus where students from seven Montgomery County towns attend.

The scandal led to outrage from some parents and students.

A threatened walkout by students was averted when school officials met with students angry about the boys’ behavior and the so-called slut shaming of compromised female students that followed.

There were debates over who was at fault. Was it the girls who shared the intimate pictures in the first place? Or was it the boys who shared those pictures without the consent of the girls, apparently under the age of 18?

A criminal investigation - posting sexual pictures, especially of a minor, can be a crime ranging from a misdemeanor to a felony – followed by the Montgomery County District Attorney, Risa Vetri Ferman.

He added he believes the probe will conclude soon, before schools reopen on Sept. 1. He did not respond when asked for comment on Velez’s story. 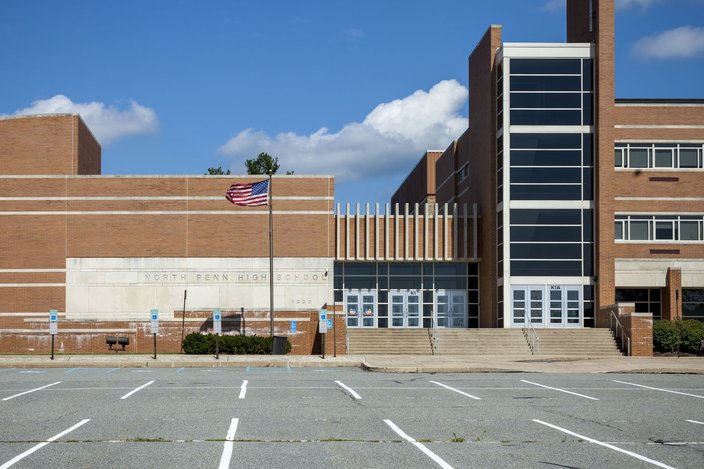 Christine Liberaski, the high school’s director of school and community engagement, said last week she had heard nothing new about the investigation.

She said a new principal, Todd M. Bauer, has emphasized making the school safe with input from students and outside speakers. (The principal when the scandal broke, Burton T. Hynes, was already scheduled to retire this summer.)

Liberaski said there was no evidence that high school computers had been used to post pictures to Dropbox, but Velez said she has been told students had used school computers to view the photos.

“It really has quieted down. I think the parents are satisfied,” Liberaski said.

Lt. Jeffrey Kratz of the Towamencin Township police – the school is in the township, though its students come from a wide area of Montgomery County and a tiny hamlet in Bucks County – said his department is no longer involved. That’s because none of the victims appear to be from Towamencin, explained the lieutenant.

But he said other local police departments have continued to investigate under the direction of the Montgomery County District Attorney’s Office.

'IT'S HOW THEY BONDED'

Velez said her reporting showed that the North Penn Dropbox was created in 2014, with files added by male students who were given the link to the Dropbox site.

She said the existence of the Dropbox files became less secret as the school year continued because the boys “tweeted about it, texted the link and even opened it on school computers.”

Velez, the editor of the site A+, a startup online venture founded by Ashton Kusher, said many of the users were from sports teams, especially the school’s football and lacrosse teams, but she added there were others from across the school, too.

Students at North Penn interviewed by PhillyVoice on Friday added that other boys who participated were on the baseball and swim teams.

“It’s how they bonded,” Velez said of the boys who shared the nude photos.

Velez identified five of the boys who had posted, including one she believes set up the Dropbox. Velez contacted all five, but only one responded.

The boy, who has since graduated and whom she believes set up the Dropbox site, declined to speak to her. A student interviewed by PhillyVoice on Friday appeared to have identified the same individual as the originator of the Dropbox link.

Velez said sometimes the photos were sent by a girlfriend to a boyfriend, but then were shared without the girl’s knowledge.

She said she has been told that one girl's boyfriend shared 40 photos of her. They remain in a relationship, Velez said.

Other pictures were sent as sexts, with girls looking to elicit attention from boys, with whom they had no real relationship.

All of the photos were of girls, said Velez.

The photos were spread initially via texts among the boys in the sharing circle, and then added to Dropbox, Velez reported.

'THIS IS JUST SAD'

Velez said she was drawn to the story because her younger brother was a senior at the school when the news broke. She had graduated from the same school a few years earlier.

“It struck a nerve,” and she pointed out similar incidents have happened across the country, but mostly in colleges.

She also thought the immediate tendency to “slut-shame” the girls who had shared photos was an important topic for her as a journalist. 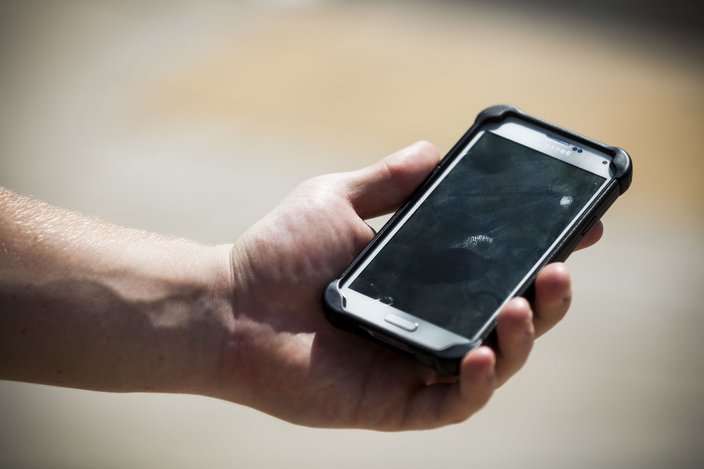 A student at North Penn on Friday talked about the sharing of nude images via text and Dropbox. (Thom Carroll/PhillyVoice)

A father picking up a son from the school on Friday said he and his wife learned about the Dropbox scheme when news broke last March.

He said his family discussed the news accounts. They were surprised to find out their then-senior son knew about the account, but had not used it.

About a half a dozen students – both male and female – interviewed Friday by PhillyVoice outside the high school universally faulted the girls for sharing the intimate pictures in the first place.

“The girls didn’t respect themselves,” said one female sophomore. “If they did, they would not have sent the pictures.”

While also faulting the girls for sending intimate pictures in the first place, another female student blamed both the girls and the boys.

“I think both are at fault. The girls sent them in the first place. But the boys didn’t have a right share it,” she said.

A boy who believes he knows the student who began the Dropbox site, said the existence of the site and the link to open it were widely known throughout the school by the time the scheme blew up in the public eye last spring.

He said as well as single images, there were also slide shows and videos posted on Dropbox.