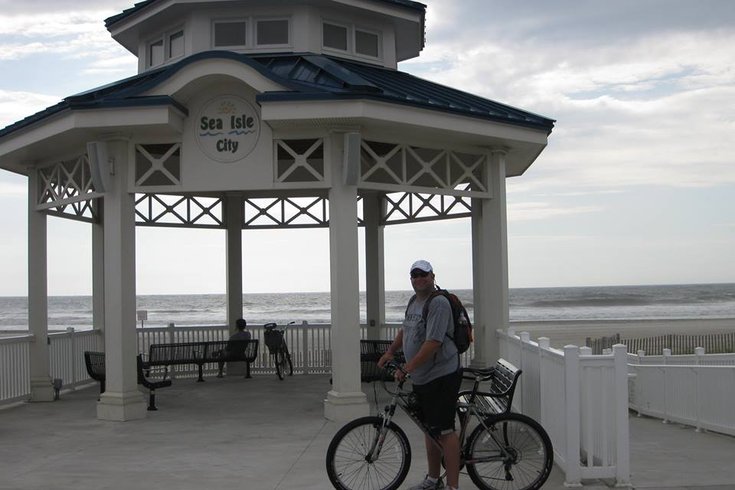 Some of you are heading to the shore this weekend -- if you haven't already arrived already. My family isn’t, so I’m somewhat jealous of you.

Having lived in Townsend’s Inlet year-round from 1996 to 2000, I grew to love the place. The sight of both ocean and bay from my deck on 91st Street (at a house that’s no longer there, sadly) was a Namaste beacon.

Someone on FB posted a #tbt that reminded me I was, in fact, once young. :( pic.twitter.com/T2RouHsjnZ

My time there – at both work and play – offered some quality insight into what each of the towns has to offer both locals and shoobies (like you).

What follows is a highly scientific analysis of shore towns in order of awesomeness. You may disagree with some – and I invite you to add thoughts in the comments section if you do – but you will be wrong.

13. Cape May Point — It’s chill, and the lighthouse is cool, but that’s about it.

12. Brigantine — A pain in the butt to get to. Build a new haunted castle and we'll talk.

11. Wildwood Crest — Always considered this way too desolate for locals; maybe it's better for visitors, IDK.

10. Margate – A Top 10 presence because of the Geator’s influence alone; a little too “South Philly by the sea” for non-South Philly folks, though. Lucy the elephant is pretty cool, though.

9. Cape May — Good for chilling and antiquing, if that’s your type of thing; beautiful housing stock and good grub, though the distance from the Atlantic City Expressway is a minus.

8. Atlantic City — Where the action is. And the Irish Pub. And White House sandwiches. Plus, it's where I worked when I lived there, so I got to know many of the people very well.

7. Stone Harbor — Like Longport, but better because this is where I ran into G Love at the Wawa there one time, though he often played in Avalon, where most of his surfing buds surfed. Profanity warning in the video below.

6. North Wildwood  — See Margate: Philly infestation; what gets this higher on the list is the bar scene, particularly the Tully Nut at the #1 Tavern … trust me on this, but don’t blame me if you overindulge.

5. Wildwood — The dad in me talking; aside from behemoth beaches, the boardwalk and rides are perfect for families.

4. Ocean City — As with Wildwood, this is all from a parenting perspective; otherwise, the dry-town jawn would bump this into the lower tier. But having been in a shore house with friends the year between high school and college, I know that it's not really a dry town. In fact, that town's so wet you might get sued since your security deposit didn't cover all the damages inside, kiddos.

3. Avalon — I spent way too much time at the pre-dolled-up Princeton and eating pizza at Tonio’s or Circle Pizza to have anything but love for this resort town.

2. Strathmere — If I were to move back, this is where I’d go. Desolate, but easy access to Ocean City and Sea Isle. Twisty’s was long a locals' secret oasis — when it would only open a few weekends a year, and word-of-mouth was how you heard.

1. Sea Isle City — Yes, Townsend’s Inlet is the southern portion of this top-ranked city where I could get scrapple, egg and cheese sandwich at Blitz’s in the morning, go out into the bay with my downstairs neighbor/independent fisherman-crabber in the afternoon, sit on the deck — from which a “friend” once slipped way too much vodka into my two-story beer bong and walk over the bridge to the Princeton at night. Good people, good times. And, oh yeah, it’s where I scattered my shore pet Charlie Dawg's ashes on the 91st Street beach, so she’s protecting it. It’s also led by the coolest mayor on the planet, Lenny Desiderio, who named me Irishman of the Year for the annual St. Patrick’s Day parade in 1998 or so.

[Editor's note: Though he vehemently disagrees with this statement, Hickey’s usually wrong about this sort of thing. Feel free to say so below.]

Make your cases for towns you think are over or under-ranked below.