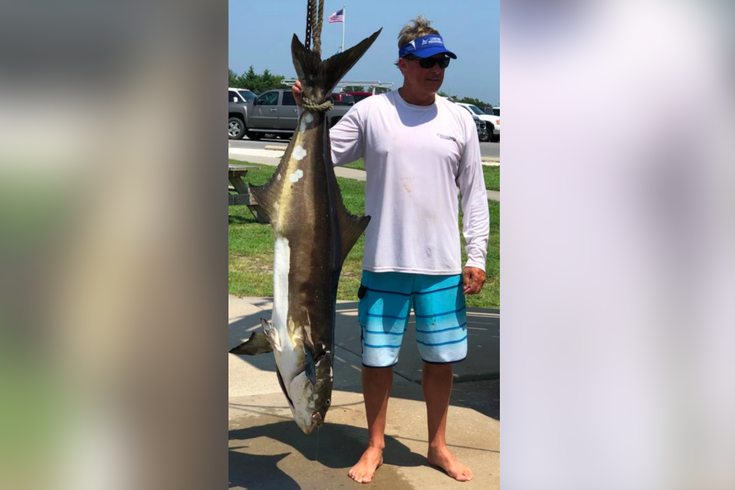 A fisherman who reeled in a 79-pound cobia on Monday off the coast of Bethany Beach set a new state record, the Delaware Division of Fish and Wildlife has confirmed.

State officials said the cobia, sometimes called black salmon, was caught by John Burbage, of Ocean View, who was sight-casting a whole Atlantic menhaden to land his fish. Burbage fought the fish for over an hour before successfully reeling it in.

The catch was weighed at Hook'em & Cook'em as part of the Delaware Sport Fishing Tournament. It came in at 79 pounds, 6.4 ounces and measured 56.5 inches in length.

The largest cobia measure up to 78 inches long weigh more than 170 pounds. They are found in the western and eastern Atlantic Ocean; throughout the Caribbean; in the Indian Ocean off the coasts of India and Australia; and off the Pacific coast of Japan.

A complete list of Delaware state fishing records can be found here.