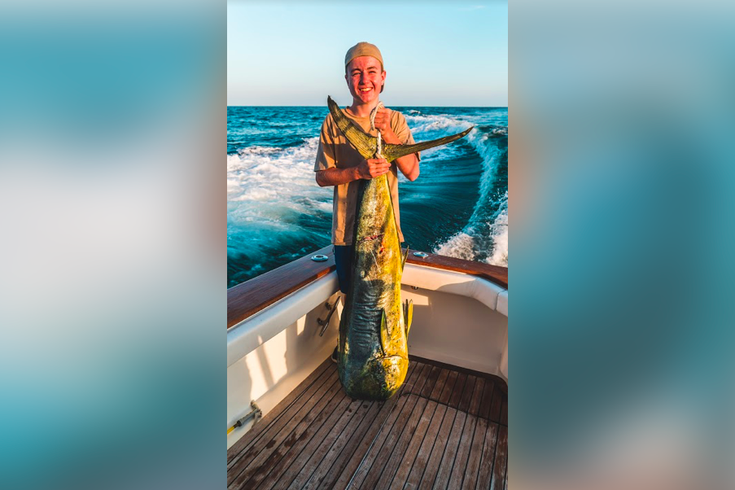 Labor Day Weekend is usually a bittersweet time at the Jersey Shore, but one teenager made it worth his while during a fishing competition in Ocean City.

New club record!! Congratulations to @eddiekelly._ and the Lisa Marie for bringing home this monster!!

The struggle to reel the fish in took about 45 minutes, culminating in the exciting final minutes seen in the video below.

Kelly, a crew member on the 36-foot boat, managed to take in the 66-pound fish using light tackle and a 30-pound-test fishing line. The catch set an Ocean City Marlin & Tuna Club record, beating the previous mahi-mahi record of 63 pounds set in 2010. Kelly's fish measured in at a length of more than 56 inches.

The average adult mahi-mahi weighs about 49 pounds and generally measures between 33-55 inches long — a bit smaller than Kelly's mahi-mahi.

With the help of Kelly's catch, the Lisa Marie captured first place in the Labor Day Tournament.