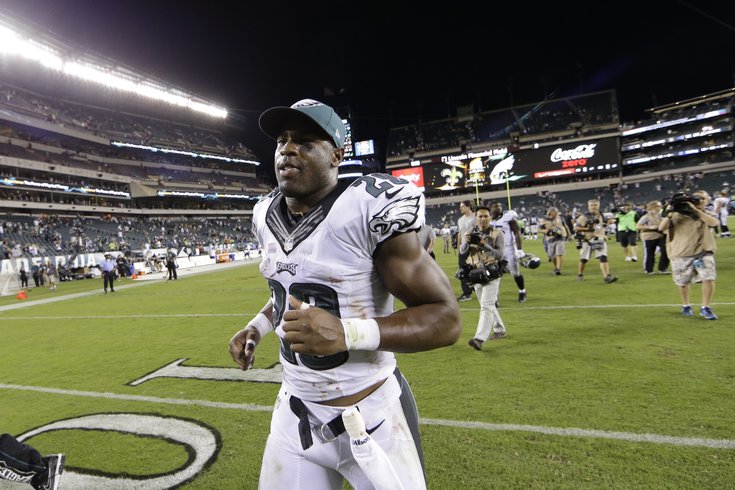 DeMarco Murray's tenure in Philadelphia has not gone well for him so far.

DeMarco Murray left Eagles practice early today, according to the team, due to a hamstring injury. Murray was listed on the Eagles' injury report as a limited participant. According to Adam Caplan of ESPN, Murray will undergo an MRI to assess the damage.

MORE: DeMarco Murray will have an MRI on his injured hamstring, league source tells @caplannfl.

Murray's season is quickly going from bad to worse. He has not had anywhere to run when he has touched the football, and he is tied for 96th in the NFL in rushing yards. In fact, there are 23 quarterbacks with as many rushing yards as Murray so far this season. If his injury is serious enough to warrant an MRI, his availability for Sunday's game against the Jets has to be in question.

Bradford on his inaccuracy

On Monday, we showed six inaccurate throws by Sam Bradford, in gif form, from his game against the Cowboys. While Bradford thought his reads were good, he acknowledged that his ball placement was not.

“There’s no doubt I missed a few passes," Bradford told reporters at the NovaCare Complex today. "I’m not saying that they were all perfect. I think that a couple of those passes I missed, they were going to the right places, they just weren’t good balls. After looking at the tape, I think my feet were just a little bit off. I just have to get my feet back into rhythm, taking the correct drop. Usually when my feet are good, my accuracy is good.”

There isn’t much of a reason Bradford’s footwork should have been off. While the offensive line was brutally bad in the run game, they actually did a good job in pass protection, as Bradford more often than not had a clean pocket.