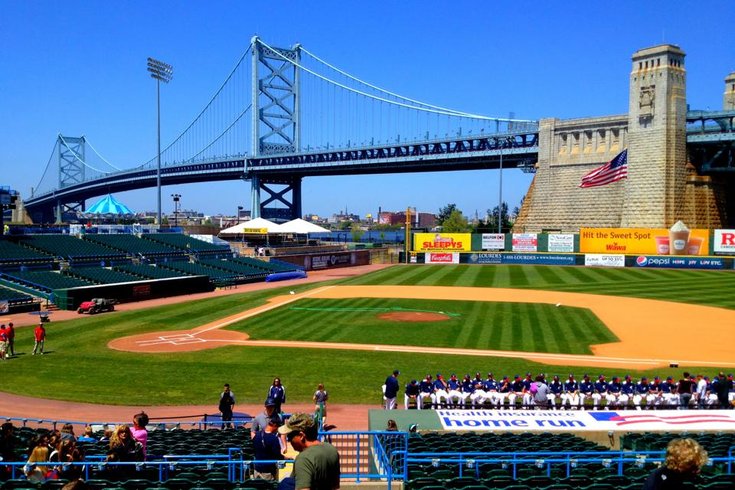 The view from inside Campbell's Field in 2013.

A South Jersey construction firm was awarded a $1.1 million contract to demolish Campbell’s Field, the former home of the Camden Riversharks.

Camden County officials now expect R.E. Pierson Construction Company to begin the demolition in mid-December, just about a year after Rutgers approved a plan to raze the field and replace it with an athletics facility.

Demolition is expected to be completed in the spring, according to the Cherry Hill Courier-Post.

Campbell’s Field opened in 2001 as the then-brand new home of the Camden Riversharks, an independent minor league baseball team. The Riversharks folded in 2015, and the park housed Rutgers-Camden’s baseball team since then.

The City of Camden will own the new facilities, the university said last year, and will enter into a usage agreement with Rutgers to “ensure that Camden youth and families, as well as Rutgers students, enjoy open access to the playing fields.”

Rutgers-Camden athletics spokesman Mike Sepanic told the Courier-Post the school is “going to miss Campbell’s Field, but we're also really excited to have a new home base."