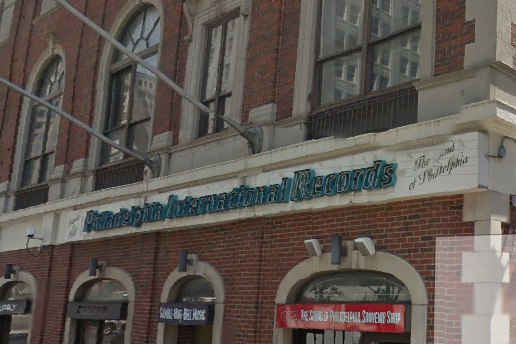 Philadelphia International Records at 309 S. Broad Street will be replaced by the 47-story SLS Hotel.

It may be Record Store Day, but today Philadelphia says goodbye to a piece of music history with the demolition of the Philadelphia International Records building along the Avenue of the Arts.

The iconic "309" building was the birthplace of Philly soul music, where writer-producer duo Leon Huff and Kenneth Gamble launched their prolific, hit-making label in 1971. Prior to their ownership, the building was home to Cameo-Parkway Records from 1957 to 1967, producing the work of Chubby Checker and Bobby Rydell, among others.
Some of the biggest names in music went on to record at the building's Sigma Sound Studios, from Michael Jackson, Teddy Pendergrass and Patti LaBelle to David Bowie and Hall & Oates.
RELATED STORY: Local vinyl shops to celebrate record store day
Among the label's biggest hits were "The Sound of Philadelphia" by MFSB, "Love Train" by the O'Jays, and "Ain't No Stopping' Us Now" by McFadden and Whitehead, who also wrote and produced with the label. 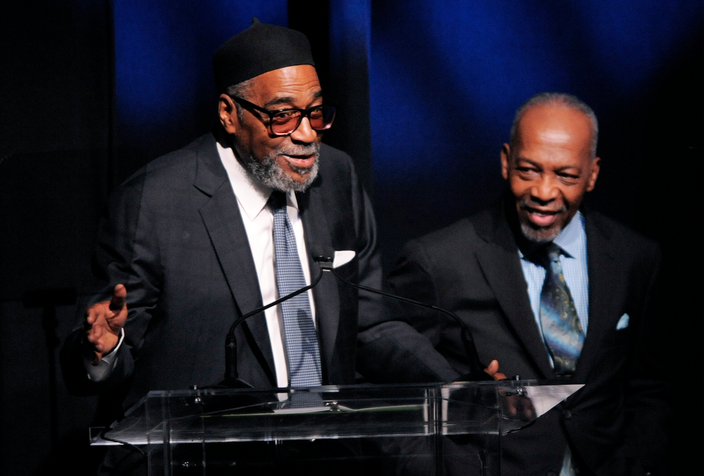 Producer-songwriting duo Kenneth Gamble, left, and Leon Huff accept the Outstanding Achievement Award for Musical Collaboration at the National Association of Recording Merchandisers Convention Awards Dinner, Thursday, May 12, 2011, in Los Angeles. (AP Photo/Chris Pizzello)
In 2010, the building was targeted by an arsonist whose drunken crime damaged $3.5 million in property, destroyed relics of the era, and led to the building's eventual closing.
Set to replace the studio at 309 S. Broad St. will be the 152-room SLS Lux Philadelphia Hotel & SLS International Residences, a 47-story building that will become Pennsylvania's tallest structure built for residential use, Philly.com reports.
Last month, French designer Phillipe Starck, joined by developers Carl Dranoff and Sam Nazerian, paid tribute to Gamble and Huff, expressing their gratitude for the music legacy that will serve as the foundation for the new project. Construction for the $220 million building is set to begin in the fall, with an opening slated for 2017.
In honor of the building's history, signed gold bricks will be placed in the new hotel's foundation.
The demolition began at 11:00 a.m.