'Depressed' dog that stared at wall after rejection rescued

Pet taken in by rescue team after story goes viral 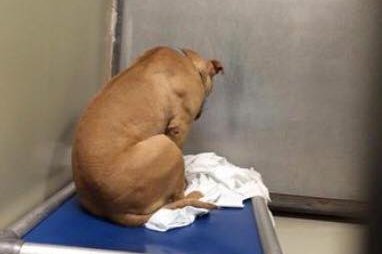 Dawn Timmeney of FOX29 posted this photo of March, a pit mix, after his adoption from a Philly shelter fell through. March has since been transferred to a no-kill rescue team.

A dog that spent several days staring somberly at a wall after his rescue fell through is getting a second shot at adoption.

Dawn Timmeney, a reporter for FOX29, took to Facebook last week to tell the story of March, an adult pit mix staying with the Animal Care & Control Team of Philadelphia (ACCT Philly).

According to Timmeney, March was set to be rescued but, for an unspecified reason, the adopters backed out.

ACCT Philly is an open-admission, high-intake shelter that is forced to euthanize pets after a certain period of time, according to spokesperson Ame Dorminy.

After his bid to be saved fell through, March started getting "depressed and sick now" as shelter life began taking a toll on him, Timmeney said. She posted photos of March slouching in the corner of his room at ACCT Philly.

March's story went viral, with stories appearing in the Independent, the Daily Mail and the Huffington Post.

Luckily for March, someone decided to help the dog out of his dark days.

ACCT Philly said Monday that a local rescue team that has asked not to be named would be taking him, and later that afternoon, they posted a picture of March officially leaving the building. 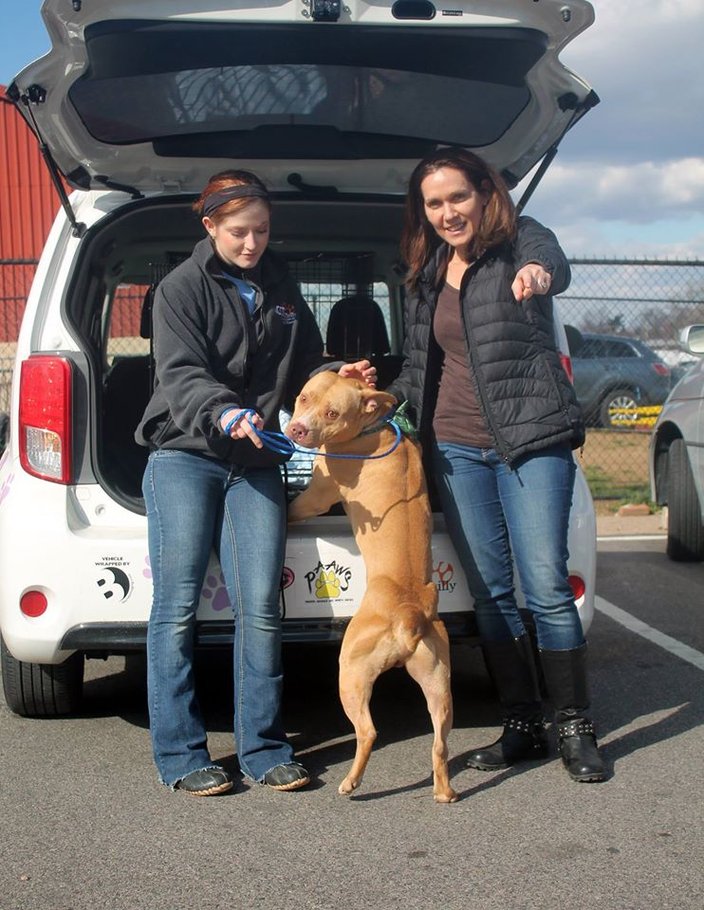 While ACCT was thankful for the outpouring of support and that March's life was spared, they said on Facebook that there are still hundreds of homeless pets that need homes. Information about adoption and donations can be found here.

Correction: This story originally stated that March had been adopted. In fact, March was transferred from ACCT Philly — a shelter that has to euthanize pets — to a no-kill rescue team, meaning the dog's life is no longer at risk. We regret the error.