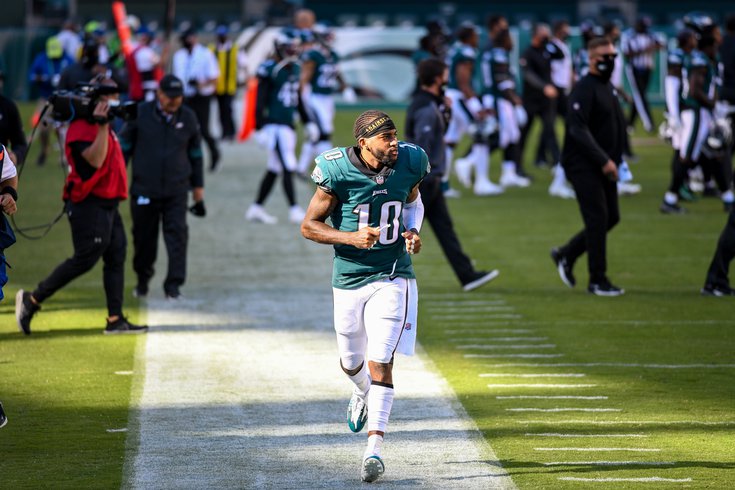 DeSean Jackson after the Philadelphia Eagles game against the LA Rams at Lincoln Financial Field in Philadelphia on September 20, 2020.

Philadelphia Eagles wide receiver DeSean Jackson posted a trio of messages on his Instagram story that would indicate he is no longer with the team. Via Chris Infante of Philly Sports Network:

Via DeSean Jackson’s IG. His #Eagles tenure is over pic.twitter.com/Ivy7jwyfcy

In case you can't see those images, they say:

Source tells me that DeSean Jackson will be released by Eagles pic.twitter.com/tz002XrQQV

Jackson is indeed one of the best deep threats of all time, and his initial tenure with the Eagles yielded a lot of exciting moments, before he was unceremoniously released by the team in 2014.