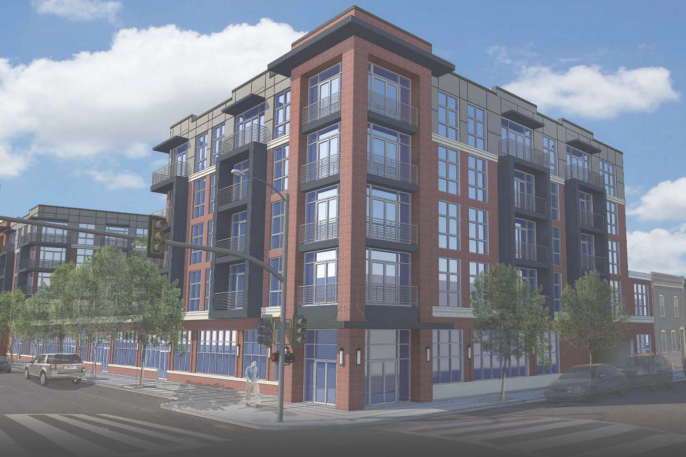 An image of the proposed development project for 2401 Washington Avenue

The proposal was revealed to residents attending a South of South Neighborhood Association zoning meeting this past week, the Passyunk Post reports.

Architecture firm Harman Deutsch rolled out plans for a 5-story mixed use building that would include 113 residencies set above commercial space on the first floor.  Of particular interest is the proposal's inclusion of a dog park, a neighborhood park and indoor parking.

While the project would still be a long way off if approved, it signals continued interest in adding new housing and attractions in the neighborhood.