Erica Smegielski's pain wasn't political exploitation; it was a call for action 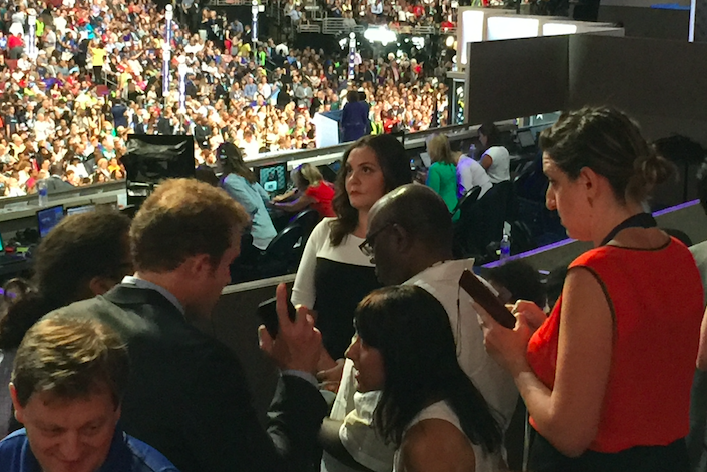 Read More
In politics, it’s a fine line between exploiting grief and sharing your pain to galvanize others.

When Patricia Smith, the mother of a victim of the Benghazi attack, tearfully yelled “Hillary for prison” during an address to the Republican National Convention, reaction fell into both categories.

Driving to the Democratic National Convention on Wednesday afternoon, I heard the host of a local conservative radio talk show pre-emptively chide that night’s speech from Erica Smegielski, daughter of the principal who died in the Sandy Hook Elementary School shooting slaughter.

It was a reactionary slight that strips any sense of decency away from the messenger.

It was patently offensive.

It was everything that’s wrong with political and ideological echo chambers.

The two women are similar insofar as unthinkable tragedy turned them into public figures battling their respective battles.

Where they’re different is the fact that one blames a politician for her son’s death while the other decries access to the weapons that took her mother’s life.

No, this is about celebrating, and defending the need for, Smegielski’s efforts to help turn the tide on an issue that, in a lot of ways, caused me to lose faith in this country we call home.

She took the stage minutes after Christine Leinonen, whose son Drew was killed in the Orlando nightclub attack. She marked an emotional shift in the third night of the convention toward that hottest of hot button issues: Gun control.

Like Leinonen – both mother and her late son – Smegielski has made no bones about her support for Hillary Clinton. Unlike Smith, Smegielski hasn’t laid blame at the feet of a solitary figure.

Instead of shrieking about the gunman, or the mother who kept weapons in proximity to him, she’s become “an outspoken advocate for common sense gun violence prevention measures,” and walked out onto the stage after this video aired on the giant Wells Fargo Center video screens.

While the loud round of applause that rose up from delegates when Clinton appeared in that video tried to push pain into politics, Smiegieski took a stoic approach to her message.

She should be home with her mother, watching the first woman nominated as a major political party’s presidential candidate standard-bearer.

She didn’t name names, only calling out politicians who “cower behind the gun lobby” at the expense of lives being cut short at “schools, theaters, churches, work, homes.”

She's driven by the desire to ensure that no daughters have to know her pain of planning a wedding without her mother lost to gun violence while protecting the lives of the young.

“We don’t need teachers and principals going to work in fear,” she said. “What we need is another mother who’s willing to do what’s right.”

That mother, she said, is Clinton.

Was her talk political? Yeah. It was at a national political convention, after all. And it’s going to take strong political action to make a difference.

What it wasn’t was an exploitation of grief for political gain, though the roaring ovations for the celebrity "What The World Needs Now" sing-along, and subsequent "Hillary" chants about 20 minutes later were pretty tacky.

Erica is using her grief to make lives safer nationwide. Anyone who’s willing to criticize a fellow American for doing that isn’t worthy of being part of the public conversation in the first place.