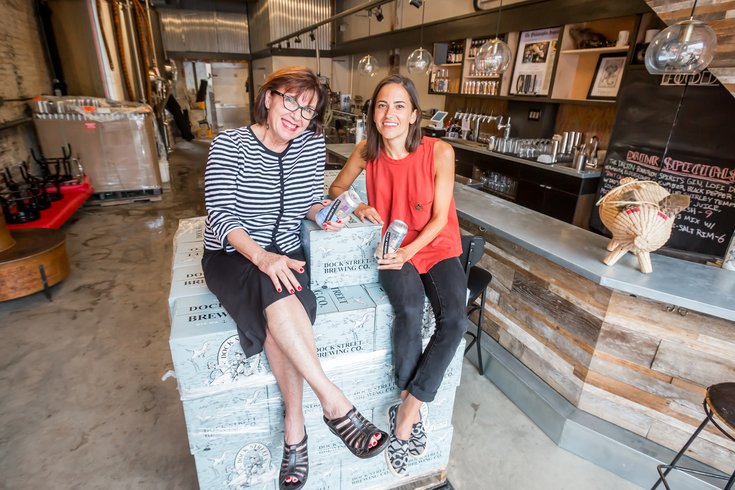 Dock Street, one of the few women-owned breweries in the country and Philly’s first brewery since Prohibition, is fast approaching its 10th anniversary at its location in the Cedar Park section of West Philly.

By night, the cannery space serves as a cool lounge Thursday through Saturdays. There’s an emphasis on beer-based cocktails and local spirits, including Vicio mezcal, an affiliated Dock Street brand distilled to specification in Oaxaca, Mexico.

It’s all something of a touchstone for the reborn brewery, a brand with a more than three decade history in several iterations. The brewery has Philadelphia history going back to 1985 – before the craft brewing craze really blossomed. They will celebrate Aug. 31.

It all started when Rosemarie Certo and her then-husband, Jeffrey Ware, quite literally cooked up Dock Street at home and started looking for investors.

“Some was horrible, but we were enthusiastic,” she recalled of the reaction of friends to some of their experimental brews. 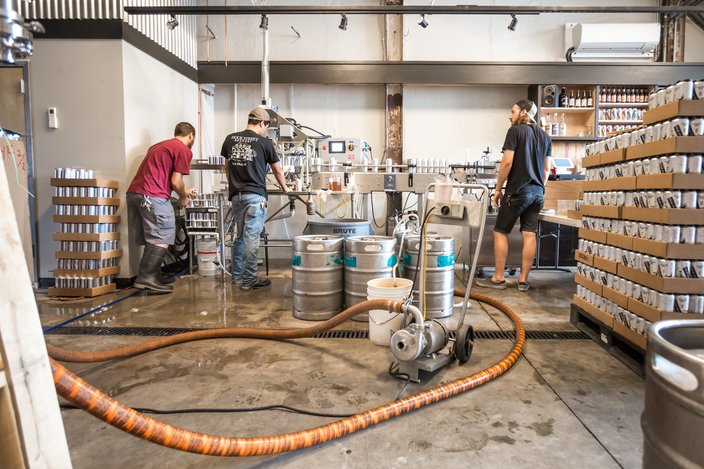 But from their efforts eventually came Bohemian Pilsner, a brew beer guru Michael Jackson praised as one of the best pils in America. Jackson deemed their pilsner “as aromatic and soft as the best from Bohemia.”

A tasting party built around the pilsner resulted in a flow of capital.

PHOTO GALLERY: At Dock Street, success is in the can

Just a few years later, Dock Street opened a brewpub in Center City, near the Four Seasons. By the mid-1990s, Dock Street was one of the largest craft breweries in the country.

Then came the rough patch. 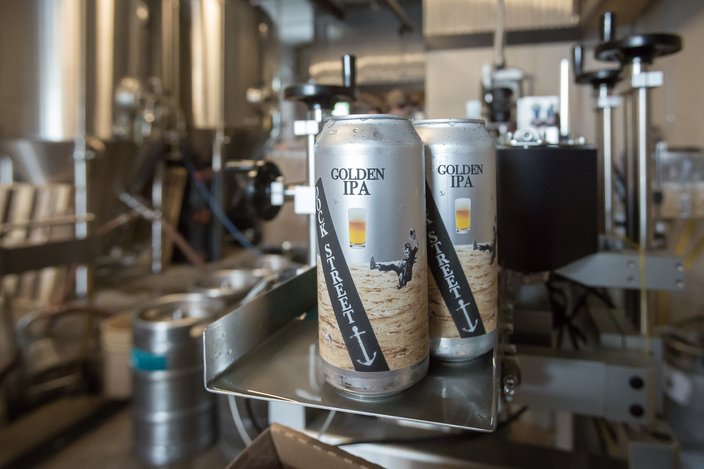 Squabbling with investors, Dock Street’s originators sold out their end of the business in 1998 to a descendent of the Ortlieb’s beer family, which then operated as Poor Henry’s Brewpub. But that business closed in 2000.

Certo, with an educational background in literature, philosophy and photography, but the heart of an entrepreneurial businesswoman, bought the Dock Street name back two years later. She set about rebuilding the brand.

A native Sicilian whose family grew grapes and olives in Italy before she emigrated to the states at the age of 10, Certo said she learned what it takes to craft something by hand and to succeed from her childhood experiences and her family.

As part of that, Certo spent two years lining up the brand’s location, at 50th and Baltimore, on the fringe of University City. In its decade there, the brewery has not only rebuilt its name, but also established itself as a hub for the community.

The location is in large part built around a wood-fired pizza oven installed within the brick firehouse, where innovative thin-crust pies serve hipsters and families alike. 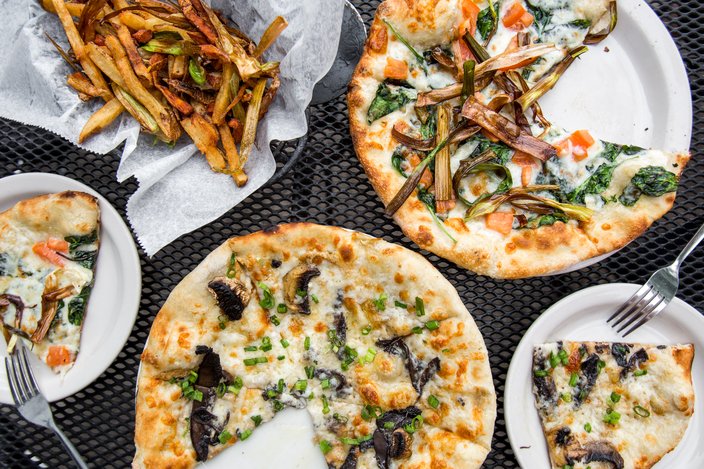 In addition to beer, Dock Street Brewing is well-known for its hardwood fired pizzas. Here are the “Florentine” and “Mellow Yellow” pies and a basket of 'Trio Fries.'

One regular patron told PhillyVoice the presence of Dock Street even influenced her family's decision to buy a nearby home. Her family celebrated their daughter’s first birthday there recently, but later in the evening the place is crowded with younger urbanites.

Part of the brand’s rebirth is Marilyn Candelero, who began doing design and marketing for Dock Street following a stint with seafood purveyor Samuels and Sons.

Within two years, Candelero became Dock Street’s vice president, meaning its top two executive posts are held down by women. She's become so integrated into the fabric of the business that she’s moving from Collingswood, Camden County, to a home just blocks away in West Philadelphia.

On a recent day, Certo and Candelero talked about their enterprise as canning operations were wrapping up for the day in the buzzing beehive of a space, which is just behind the converted firehouse.

Certo said her brewer, Mark Russell, and other employees “wore down” her resistance to canning. Candelero added the new drinking space has beckoned “Uber drop-offs” and Zagat has taken note. 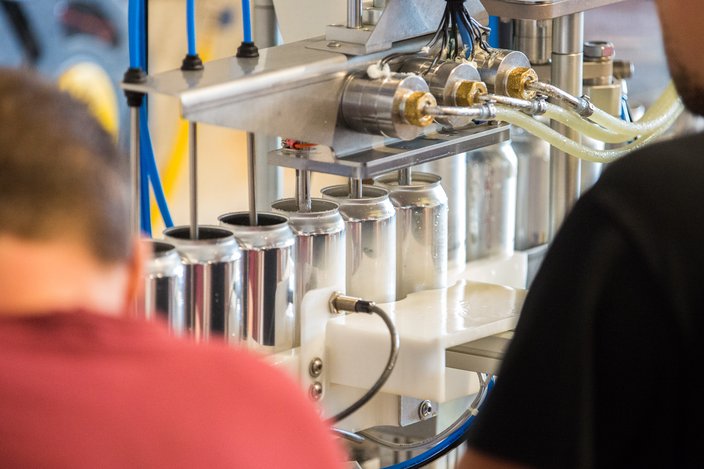 Empty and unlabeled 16-ounce cans are filled with Dock Street's 'Golden IPA' as they move along the canning line in the West Philadelphia facility.

“We get a lot out of a little space,” said Certo, whose goal is to serve a “noble beverage,” not just something associated with “sawdust and chicken wings.”

Dock Street’s pils, Rye IPA and Golden IPA are the label’s stalwarts, but the brand has kept a buzz going by frequently releasing seasonal, partnership and limited-run beers.

Candele explained the brand's history – "the Dock Street story" – is a large part of what made her want to stay and grow with the brewery and with Certo.