Withers the dog, set to be adopted, stolen from animal shelter in North Philly 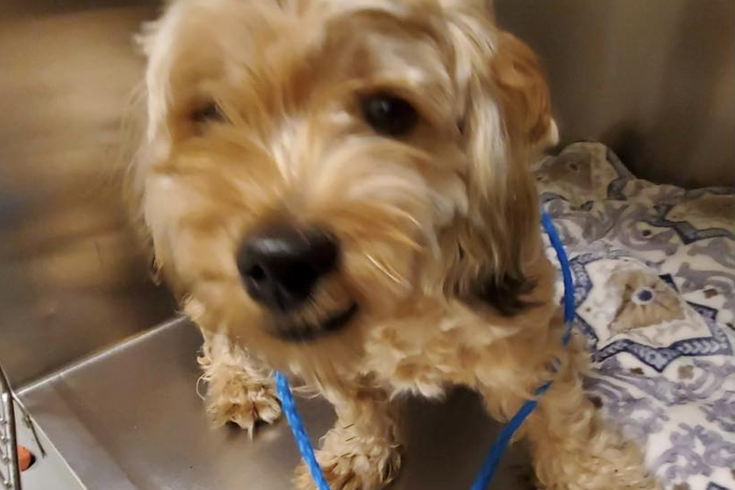 Philadelphia police and ACCT Philly are attempting to recover a small dog that was stolen from the animal shelter in North Philadelphia on Monday afternoon.

The theft happened just after 5 p.m. at the shelter at 111 W. Hunting Park Ave., where a man walked into a room with small crates and plucked the dog out.

MORE NEWS: Woman's urn returned to daughter after washing ashore in Ocean City, more than a year after her death

ACCT Philly staff said the dog's name is Withers and that he had someone lined up to adopt him.

"He has an adopter who has been coming to the shelter for weeks for the right dog and is heartbroken," the shelter staff wrote on Facebook.

‼️STOLEN DOG‼️ At 5:02pm today, a man came into the shelter and stole Withers, one of our small dogs. Our staff were...

The shelter shared camera footage of the theft and license plate information with police to help in their investigation. Surveillance video of the theft was obtained by NBC10.

ACCT Philly also has asked the man who stole Withers to come forward.

"If he was your dog and you were wanting to reclaim him, that’s great as we want to reunite as many pets with their people as possible," the shelter said. "But we have a process for reclaiming pets that includes giving you his medical information, as he’s been microchipped and vaccinated."

Anyone with information on Withers' whereabouts is asked to contact ACCT Philly at exec.director@acctphilly.org.