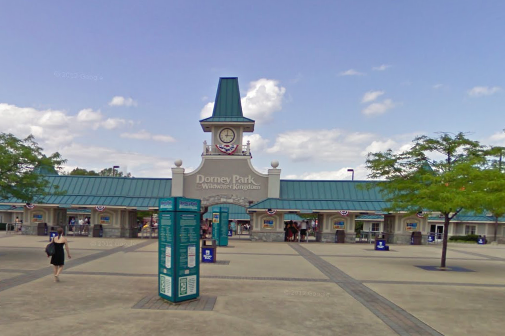 Dorney Park and Wildwater Kingdom is backing off sales of a gift shop souvenir bullet that had some guests upset by the message the Lehigh Valley amusement park was sending.

For sale at the park until Thursday were a collection of personalized, rifle bullets wrapped in leather and  attached to key rings. The packaging for the souvenirs said, "The Right to Keep and Bear Arms," a reference to the Second Amendment of the U.S. Constitution.

Twitter users criticized the park for selling an item that glorifies weapons.

.@DorneyParkPR Offering kids a bullet with their name on it at an amusement park gift shop is already the most ill advised thing to happen this summer. Who greenlit this? Imagine a shooting survivor encountering this? pic.twitter.com/BMS2yWf019

imagine an amusement park thinking a personalized bullet would be a cool souvenir! Its what Dorney Park in Allentown was selling at their gift shop. Like wtf are people thinking ??? pic.twitter.com/Dqc5LX4q67

On Thursday morning, Dorney Park tweeted that the personalized bullets had been removed and no longer will be sold.

This item has been pulled from our merchandise. Thank you for bringing this to our attention.

The decision comes after a tough weekend of publicity for the park. Multiple people shared a disturbing video of a fight that took place over Memorial Day weekend.

The park has not publicly comments on the fight, and it was not clear whether any arrests were made.

People cant even go to dorneypark with their families because a whole bunch of KIDS don’t know how to act, look at the people around you before you start some shit in a public area. There’s babies and elderly people that like to go to dorney ya mfs like to ruin it for everyone 🙄 https://t.co/jDSplLF3Vh