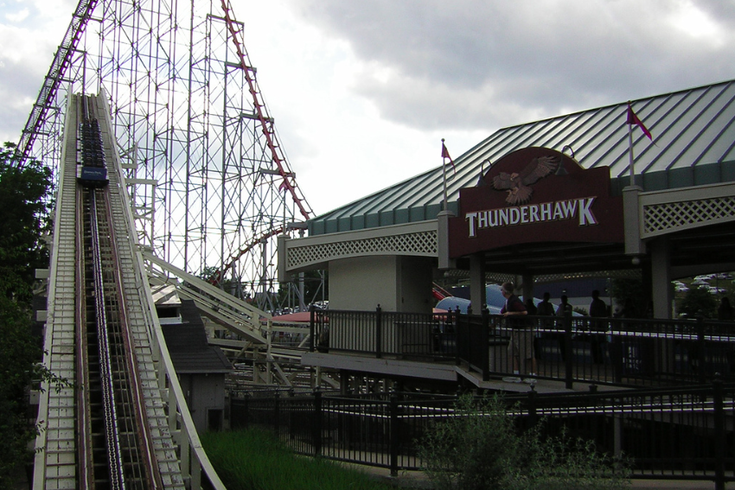 Dorney Park's Thunderhawk, built in 1923, has been recognized as an international roller coaster landmark by the non-profit American Coaster Enthusiasts. An aluminum plaque will be dedicated at a ceremony on June 20, 2020, at the park in South Whitehall Township, Pennsylvania.

A 95-year-old roller coaster at Pennsylvania's Dorney Park will soon have a special plaque recognizing it as an international landmark.

Thunderhawk, originally built in 1923, was voted a Roller Coaster Landmark by the American Coaster Enthusiasts, a non-profit organization that seeks to promote conservation and knowledge about roller coasters around the world.

Designed by Herb Schmeck and built by Philadelphia Toboggan Coasters, a Hatfield-based manufacturing company established in 1904. Thunderhawk spent its early days under the simple name "The Coaster" and is the fourth-oldest running wooden rollercoaster in the United States.

A cast aluminum landmark plaque will be dedicated with a presentation by PTC on June 20, 2020.

The ceremony will be followed the next day with the week-long 43rd annual Coaster Con, which will be co-hosted by Dorney Park, Dutch Wonderland and Knoebels Amusement Resort.