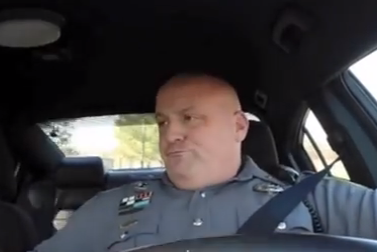 So much sass in that face.

Read More
Footage from a police car is rarely something that will make your day. However Master Cpl. Jeff Davis of the Dover Police Department might bring a smile to your face with this video of him rocking out to Taylor Swift's "Shake It Off."

According to NBC 10, police made the video in an attempt to humanize its officers. The video. which has over 250,000 views already, is the first in a series called "DashCam Confessionals." One can only hope the department has more gems like this to come.