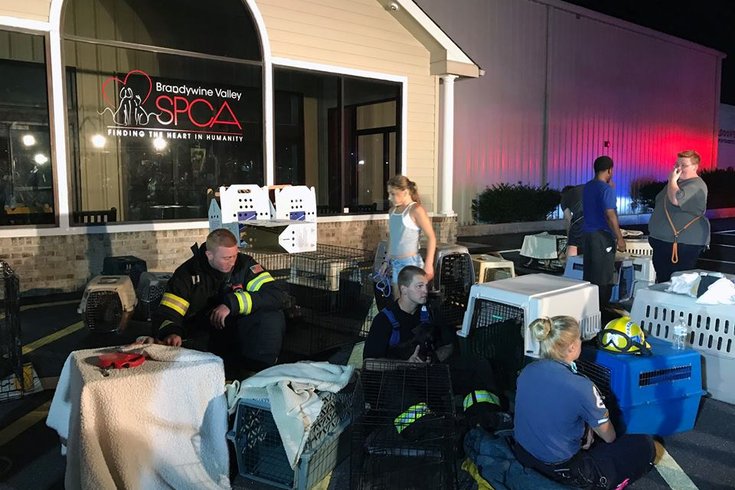 A 33-year-old woman died early Sunday morning after crashing her SUV into an animal shelter in New Castle, DE.

The woman, Latoya Cooper, was announced dead at 12:15 a.m. The driver’s family came to the scene to identify the body and mourn the loss of Cooper, who was a mother of five.

NBC10 reported Cooper’s car hit the side of the Brandywine SPCA holding the veterinary clinic; once the car hit the shelter, the crash caused a fire that left three cats dead and called for the evacuation of 98 of the shelter’s pets.

Emergency responders and neighbors to the shelter took action to evacuate the animals.

“People were putting them into their personal vehicles, in the houses across the street, into the ambulances, into the emergency vehicles. It was amazing to see,” SPCA spokesperson Linda Torelli told CBS3.

The shelter will undergo inspections to determine the cost of repairs from water and smoke damage. SPCA officials are pushing for more people to adopt the displaced animals as they work to find space for them in other nearby shelters.

More information about what caused the driver to crash was not immediately available from officials.