Blaze Bernstein is seen in a family photo released by the Orange County Sheriff's Department.

Drones searched Sunday for a University of Pennsylvania sophomore missing in California.

Blaze N. Bernstein, 19, a pre-med student who was back home visiting family in Orange County over winter break, disappeared around 11 p.m. Tuesday after visiting Borrego Park in Foothill Ranch, near where his parents live, according to the Orange County Sheriff's Department.

Witnesses said he had met up with a friend and they drove to the park, where Bernstein left the vehicle and entered the park.

Bernstein's phone stopped working about an hour later, his parents told reporters, according to a report by KTLA in Los Angeles. They said he did not have money, his ID or wallet when he left, and did not use drugs or alcohol. He has not been seen or heard of since that night.

The friend who was with Bernstein said he was using a park bathroom when the teen walked off and never came back, a sheriff's department told the Los Angeles Times.

"We do not believe foul play was involved at this point, and the friend is only a witness, not a suspect or person of concern," Braun told the Times.

The teen was scheduled to fly back to the East Coast on Sunday to restart classes, his father, Gideon Bernstein, told the Orange County Register.

On Saturday, about 25 sheriff's deputies searched for the college student in the adjacent Whiting Ranch Wilderness Park, according to a department tweet.

On Sunday, drones provided by a family friend were to be flown over Borrego Park, a small community park, to search for evidence of the Bernstein's whereabouts, his father told KTLA. Using thermal technology and HD cameras, images will be combined to create an aerial view of the park location where he was last seen, a drone pilot said.

Investigators were "actively following leads" Sunday, according to another department tweet.

In a Facebook post on Friday, Gideon Bernstein wrote: "Just to demystify some of the comments you may have heard: He is considered a missing person. We believe that he may just be hiding / staying somewhere close by. He was with a high school friend prior to his disappearance and we believe he was planning to come back home that night since he left his wallet and glasses at home. There is no clear motive and he was in good spirits that evening."

According to The Daily Pennsylvanian newspaper, Bernstein was recently elected to be the managing editor of "Penn Appetit," a food magazine run by Penn students. 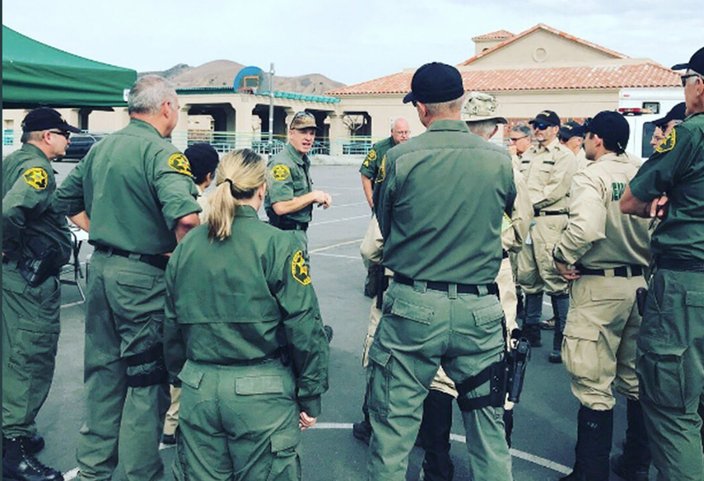 “He was very excited about [the magazine]," Gideon Bernstein told the DP. "He was working on that over the winter break and showed us the magazine they just published, which he significantly contributed to.”

It's been a difficult several weeks for the Penn community.

On New Year's Day, university freshman William Steinberg, 18, died along with his family in a plane crash in Costa Rico. Penn plans to hold a gathering in Steinberg's memory on Tuesday.

In mid-December, the university community learned that the death of Dr. Ricardo Teles, department chairman at the Penn's School of Dental Medicine, had been ruled a suicide.