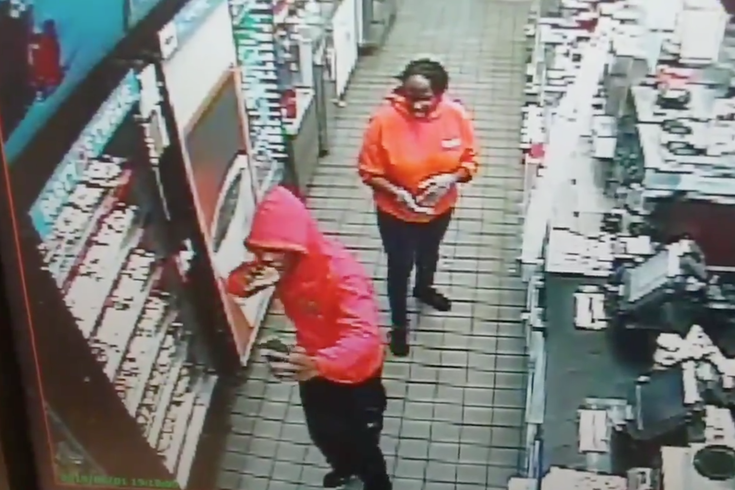 A man in South Brunswick stole a donut and a beverage from the behind the counter, while dancing and capturing the theft on his cell phone, police say.

Police in South Brunswick, New Jersey, are looking for a man who brazenly stole a doughnut and a beverage from a Dunkin Donuts in unique fashion over the weekend.

MORE: The 'Swiss Cheese Pervert' breaks his silence on a life of infamy

In a security video shared by the South Brunswick Police Department on Tuesday evening, the man is seen climbing atop the counter at the store, dancing, and then taking a doughnut and a drink from behind the counter, all while appearing to record the event on his phone:

Wanted - Donut Desperado
On June 1st at 8:28pm this actor jumped the counter at @dunkindonuts on George's Rd took a donut while live streaming. This is 2nd incident. Any info call 732-329-4646. pic.twitter.com/fyFOftvPRt

Incredibly, police said this is the second such incident. Whether the same person was behind the first instance of a person live-streaming a dancing doughnut theft is unclear.

There's also no word about whether the suspect had time to stretch before the theft. Dancing, after all, can be strenuous physical activity.

Police are asking anyone with information about the this potential serial donut thief to call (732) 329-4646.