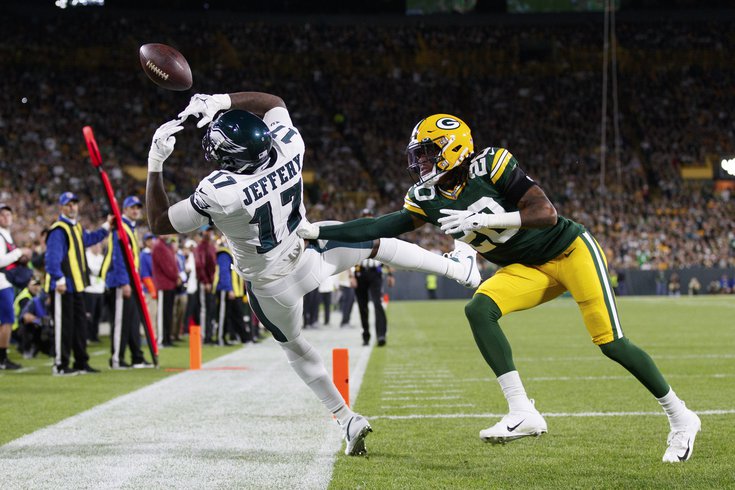 Alshon Jeffery led the Eagles in drops in each of the last two seasons.

In 2015 and 2016, one of the biggest issues for the Philadelphia Eagles' lack of success was the play of the wide receivers, specifically, their penchant for dropping catchable passes. They corrected that issue somewhat in the Super Bowl season in 2017, and then again in 2018, at least during the regular season.

In 2019, drops in extremely inopportune times nearly wrecked the season, as they arguably cost the Eagles games against the Falcons, Lions, and Dolphins. Because they were such an issue during the season, we took an early look at the Eagles' drops after their 10th game, and found 23 of them. We showed them in the following Twitter thread. On Thursday morning, we added to that thread with the Eagles' drops in their final six games. Watch this at your own peril.

So that was a fun trip down memory lane, huh?

For some reason, as heavily as the NFL is covered from a statistical metric standpoint, there are no reliable sources for drops. While drops are subjective to some degree, the following is a representation of the number of drops by each Eagles player in 2019.

The biggest offender, from a total number of drops standpoint, was Alshon Jeffery, with five. He also led the team in 2018 with five drops, which didn't include his season-ending drop in the divisional round of the playoffs in New Orleans.

Jeffery also led the team in 2019 in drop percentage among players with at least 20 catches, with a bad drop rate of 10.4 percent, which puts him on the Pederson-era drop leaderboard:

Of course, Nelson Agholor had his share of drops as well, but fewer than you would probably think, at four. His drops just came at much more devastating times in games (we'll get to that shortly), and he had several other plays that didn't count as drops, but were still very clearly bad plays. Examples:

Agholor's drop issues during the 2019 season were forever immortalized by this dude:

Players who should be praised for their lack of drops:

As you can see in the first chart in this story, the Eagles dropped 7.6 percent of their catchable passes. That's obviously not good, but it wasn't as bad as other recent seasons. Here's how the last three seasons compare with the drop rate in 2019:

Of course, as we already noted, the Eagles' drops came at some of the worst possible times.

Let's go ahead and rank the top 6 by biggest result-altering ramifications:

1) J.J. Arcega-Whiteside's drop against the Lions very likely cost the Eagles a game. If he makes that catch, he probably falls back into the end zone for a TD. With a successful PAT, the Eagles are kicking off to the Lions with a four-point lead, and 40 seconds remaining. (The Lions had 2 timeouts.)

2) Agholor's drop down the sideline against the Falcons may or may not have gone for a score. Here's a look at the All-22 at the moment Agholor dropped it. You decide. 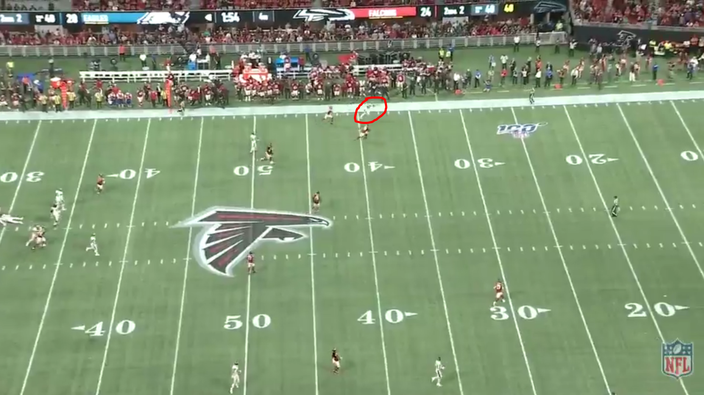 3) If Agholor tracks the ball better in the back of the end zone against the Patriots, giving himself a better chance of making a game-tying catch (with a successful PAT), the Eagles would have been kicking off to the Pats with 58 seconds left. (The Pats did have all 3 timeouts.)

4) An Ertz drop in the red zone in Miami would have given the Eagles a 1st and Goal from inside the 5, at a minimum. Instead, Wentz got sacked on the next play, and then Jake Elliott missed a 49-yard field goal. That drop probably cost the Eagles 7 points. It's also worth noting that the usually sure-handed Ertz dropped a TD pass in the end zone later in the game, and the Eagles had to settle for 3 instead.

5) Mack Hollins' drop against the Lions would have put the Eagles at around the Lions ' 36 yard line with a fresh set of downs. They would have at least been in field goal range with 1:30 to play, with a chance to continue to drive for a TD. Instead, they ended up settling for the prayer downfield to Arcega-Whiteside, which as noted above, should have been answered.

6) A Jeffery drop on a 4th and 2 against the Vikings would have given the Eagles the ball at around the Vikings' 35 yard line. Instead, the Vikings took over on downs near midfield, and scored a TD on their ensuing drive.

Obviously, the Eagles lost all of the games noted above.

Drops can be a little more forgivable if your receivers are offsetting them by making catches they wouldn't otherwise be expected to make. If you watch a full Sunday slate of games on the Red Zone Channel, for example, you will undoubtedly see a whole slew of outstanding catches around the league. They have almost become routine.

In the case of the Eagles, I'll pose this question: How many great catches did Eagles receivers make in 2019 that you wouldn't otherwise reasonably expect them to make? If you can count them on more than one hand, you have a better memory than me.

It's unlikely that drops will cost the Eagles three games in 2020. I mean, right?