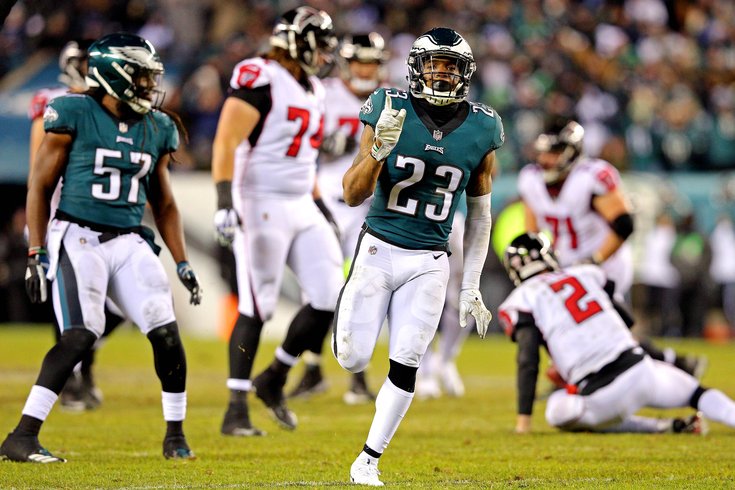 It's kind of absurd, when you think about it, that the release of the NFL's schedule has this kind of massive interest and anticipation.

We already know the opponents and which are home and away, but the order of the games to be played for the Eagles in 2021 is headline news. And we won't deprive you. Just keep in mind these are rumors and reports and many are unconfirmed.

Here's what we know or have seen so far regarding the 2021 slate of games, which we'll update as we hear more:

The Eagles wasted no time stirring the pot to excite fans when they woke up Wednesday morning with this little nugget:

It’s official! We’ll open our 2021 season on the road Sept. 12 against the Falcons at 1 PM.@Hyundai | #FlyEaglesFly

That's probably an ideal start for the Eagles, and while they'd no doubt prefer to be home, facing a winnable out of the division opponent to open the year is a good opener.

Here are some more Week 1 games:

This match up also more or less confirms the Eagles will not be playing a game in London (sorry Jimmy...).

An unconfirmed leak on twitter seems to think the Eagles will face the Niners for their second game of the year and home opener, in Week 2. Take that for what it's worth.

A few 49ers leaks I’ve seen that are UNCONFIRMED

Reports of the Monday Night Football slate may leak early, and reports are suggesting the Birds will host Dallas in Week 3 on national television.

Imagine this one? The Eagles on a short week hosting Tom Brady and the Super Bowl champion Bucs could be their Thursday night game, a battle in primetime — which would certainly be a rare marquee match up in the middle of the week. This one too could potentially be confirmed early.

Jeff McLane at the Inquirer is reporting that the Eagles will play in Las Vegas for the first time ever in a 4:25 start on October 24th.

Eagles to visit Las Vegas and play the Raiders on Oct. 24 https://t.co/pjwUSP59cx

Another leak without confirmation, many are reporting that the Eagles will host the Saints in mid November.

Late last night the first real unconfirmed glimpse of an Eagles game came from the New York Post, which is reporting that Philly and NY fans will be waiting a while (until November 28th) to see their teams battle in the NFC East:

Giants fans have to wait until Week 12 to boo the Eagles, whose questionable effort in a Week 17 loss to Washington last season kept the Giants out of the playoffs and drew Judge’s wrath. Since then, coach Doug Pederson was fired, but Nov. 28 — the end of Thanksgiving weekend — still will be circled on the calendars.

The Eagles also stoked the flames of the rivalry just two weeks ago by trading up with the Cowboys in the first round of the 2021 NFL draft to jump in front of the Giants for receiver DeVonta Smith. The Giants pivoted with a smart trade that landed them a future first-round pick and receiver Kadarius Toney. [NY Post]

If the division is in question the last few weeks could be quite interesting:

Sounds like Giants will close the regular season at Philly against the Eagles (Dec. 26) and home to Washington in Week 18, per league sources. Back to back NFC East rivals https://t.co/GC7PvixzaC

If the Eagles' didn't have an over/under of just 6.5 games and low expectations this might be an incredible end to the regular season with the Giants playing Washington at the same time. The division could still be trash though, so who knows...