Eagles among NFL leaders in 30-plus year old positional players 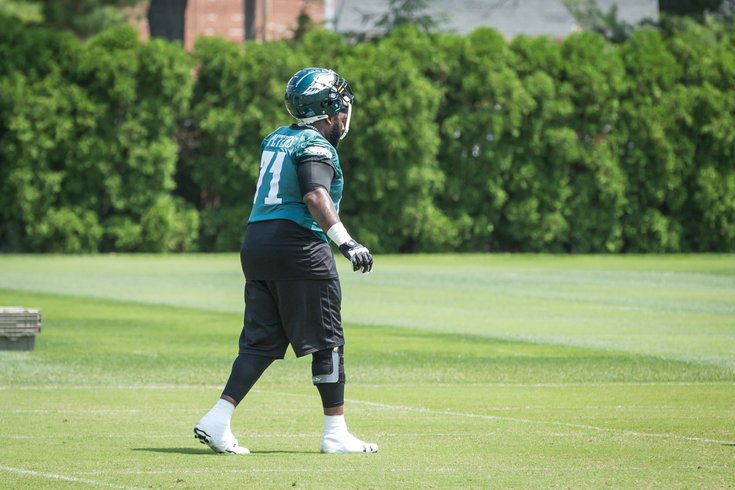 Jason Peters during an OTA at the NovaCare Complex.

The Philadelphia Eagles have their fair share of older players, as they now have 10 players who are 30 years of age or older. In fact, only the Oakland Raiders (14) and the New Orleans Saints (11) have more players on their rosters who are currently over the age of 30.

Here's the full list of NFL teams, and the number of 30+ year old positional players on their rosters. To note, we omitted kickers, punters, and long snappers.

Being old, or "having a veteran presence" if you're an optimist, isn't the worst thing, as long as the team is good. Players who have been around a long time have seen their share of locker room personalities come and go, and there's an argument to be made for strong veteran leadership being a big part of the Eagles' success in 2017. The Eagles also have found their young franchise quarterback, which is obviously the most important piece in any roster puzzle.

Of course, from a roster building perspective, you certainly don't want to be bad and old, having to replace your older players while continuing to struggle on game day throughout the season.

Every year, we publish the average of every team in the NFL shortly after all 32 teams trim their rosters to 53 players (2017 version here). Typically, the youngest teams don't fare well. For example, the youngest six teams in the NFL in 2017 combined for a record of 31-65. However, those rosters have a chance to grow together as a team and eventually become perennial contenders.

Here are the 10 Eagles players who are now 30 years of age or older: