The Eagles are no longer 'bigger people' 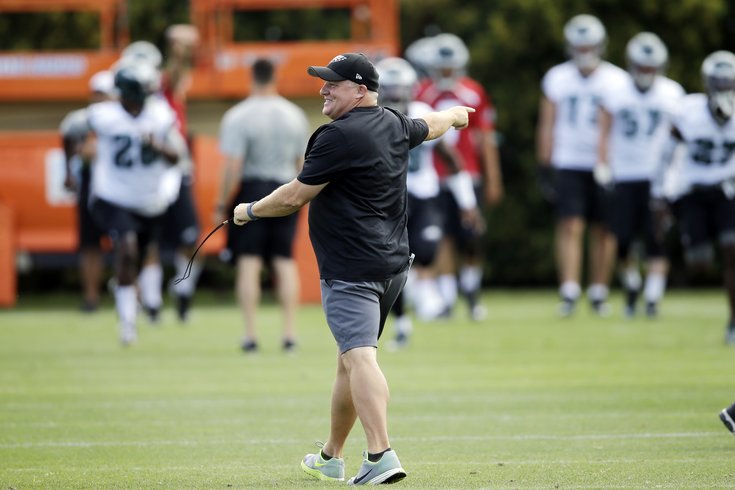 Bigger people beat up little people, unless the bigger people just aren't very good at football, in which case they get traded or cut.

Way back at the 2013 NFL Owner's Meetings, before he ever coached a pro game, Chip Kelly sat with reporters for an hour and talked about his philosophies. One of the gold mine quotes to come out of that session was "Bigger people beat up little people."

The full quote was actually, "We want taller, longer people because bigger people beat up little people," via Les Bowen of the Daily News.

Kelly was true to his word. Over his three year reign as the Eagles' head coach, the Eagles acquired taller, longer players, until they were eventually the tallest team in the NFL in 2015, according to Brandon Gowton of Bleeding Green Nation.

The following chart shows the average height of teams' 90-man rosters in July 2015, via Gowton: 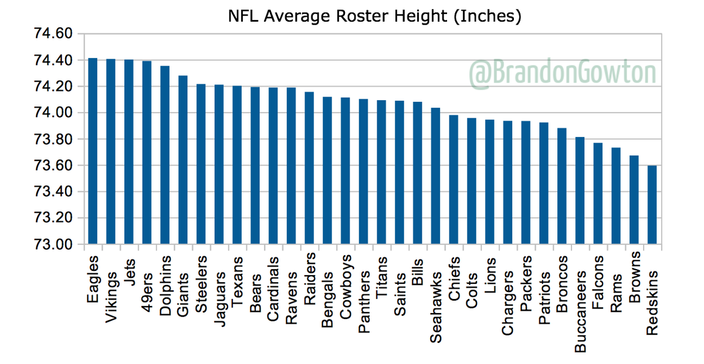 In 2016, in just one offseason, again according to Gowton, the Eagles shrunk all the way down to the 29th tallest team in the NFL. 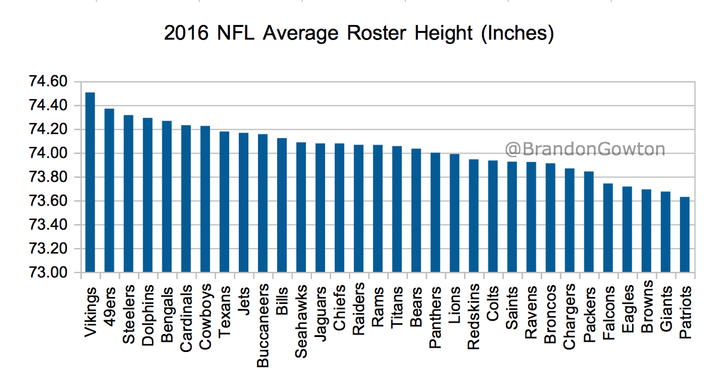 Still, it's pretty clear the Eagles are placing a diminished emphasis on size parameters. Here is a look at each position in which the Eagles both gained and lost at least one player of note this offseason:

Bigger people beat up little people, unless the bigger people just aren't very good at football, in which case they get traded or cut.