Eagles cut a bunch of guys, reportedly signed some other guy 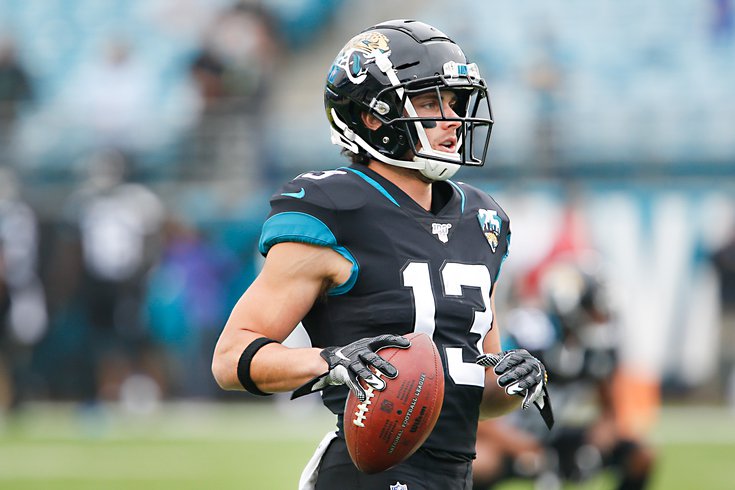 Newman, Grimes, and Tate were all pretty well-known names.

• QB Jamie Newman: At 6'3, 235, Newman is a bigger quarterback who possesses a lot of the same skills (mobility, power, a good enough arm, and poise under pressure) as Jalen Hurts. He has also struggled with accuracy, like Hurts.

In that sense, it was logical signing for the Eagles, in that if Hurts proves that he's a starting caliber quarterback during the 2021 season and Newman could have developed into a capable backup, the Eagles wouldn't have had to have completely change their offense should Newman have to enter a game for Hurts in 2022 and beyond.

But, for Newman to have been waived this quickly, he must not have been very good in OTAs. It's also probably noteworthy that Newman reportedly didn't receive any kind of signing bonus when he joined the team.

Newman had a weird college career that talent evaluators had to sort out prior to the draft. He lost a quarterback competition early in his Wake Forest career to John Wolford, and then transferred to Georgia, only to opt out just before the start of the 2020 season. He then received bad reviews for his performance at the Senior Bowl, which obviously didn't help his chances of getting drafted.

• WR Trevon Grimes: Grimes was thought of by some as a draftable player. At 6'4, 220, he has great size for the position, and he ran a 4.50 at his pro day. His measurables paint the picture of an appealing wide receiver prospect. Even after suffering an ACL tear his final season in high school, he was a highly recruited prospect who initially enrolled at Ohio State, but transferred to Florida, where he had pedestrian production. He was waived/injured by the Eagles.

• QB Khalil Tate: Tate was the starting quarterback for the University of Arizona for three years from 2017-2019. The Eagles have previously had some success converting other former quarterbacks into pass catchers, like they did with Greg Ward and Trey Burton. The Tate project evidently didn't take.