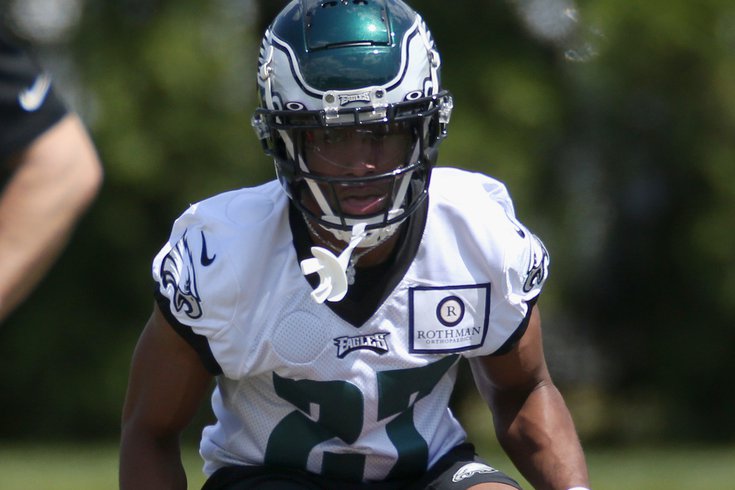 During this semi-dead period of the offseason, we'll be comparing each of the Philadelphia Eagles' rookies to current or former NFL players. Today we'll find a comp for fourth-round cornerback Zech McPhearson.

McPhearson originally enrolled at Penn State, didn't play much there, and transferred to Texas Tech, where he was a two-year starter. In 2020, he had a productive season in which he showed good ball skills, collecting 53 tackles, 4 INTs (including a pick six), and 6 pass breakups.

A player who caught my eye during the Eagles' 2020 season was Cincinnati Bengals CB Darius Phillips. He is similar in many ways to McPhearson:

Phillips was the 18th highest-graded CB in the NFL last season by PFF. Of course, take that with a grain of salt, seeing as they had Marcus Epps sandwiched in between Harrison Smith and Budda Baker in their safety rankings. But it's noteworthy nevertheless, I guess.

Phillips was forced into action on a bad Bengals team early in his career, and he has held up, while showing good promise. McPhearson will very likely play early on as a rookie as well, out of sheer necessity on a team that lacks a clear starting CB2, as well as adequate depth.

MORE: Mailbag: Will the Eagles sign Steven Nelson with the savings from a Zach Ertz trade or release?