Mailbag: Will the Eagles sign Steven Nelson with the savings from a Zach Ertz trade or release? 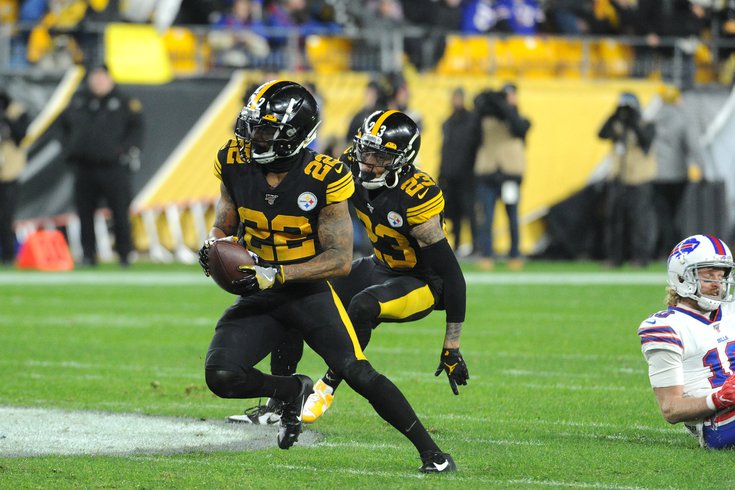 Question from jsstag: It seems like the Steven Nelson addition and Zach Ertz subtraction are a perfect match, clearing cap space for a position of great need and moving on from a player who wants to be released at a position of lesser need. Effectively it means an Ertz for Nelson trade. Chances of this happening?

I would not sign Steven Nelson. He’s a good, solid starting NFL corner, but he has 7 INTs and 1 FF in 6 seasons. He is not an impact player.

In 2019, he signed a three-year, $25.5 million deal with the Steelers that he felt he outperformed. At this point, Nelson and his representation probably feel like they missed out on an opportunity to maximize his worth, having been released well after the start of free agency. As such, barring an unexpected “Day 1 of free agency” type of long-term offer (that probably would have already come from someone by now), Nelson is probably more inclined to want to sign a one-year deal in 2021, with an eye toward a bigger long-term payday next offseason.

Spending a substantial chunk of money on a short-term fix is not something the Eagles should be interested in. If they were Super Bowl contenders, then sure, go for it. But they’re not.

A few weeks ago, we took a look at what positions look like they will be strong in the 2022 NFL Draft, and corner is arguably at the top of that list. If I were the Eagles, I would be more inclined to add a low-cost Band-Aid to get through the 2021 season, save that money for a player who can be a long-term answer, and keep my options open at corner next offseason.

Question from Zach Ertz: If you had to guess, where do you think I'll be playing this season?

All offseason long, I have felt that the Bills made the most sense, roster-wise. They're a Super Bowl contender, making them more likely to justify a $8.25 million overpay for Ertz in 2021, and they have a clear need at the tight end position.

Previously, we identified teams around the NFL with (a) a need at TE, (b) a reasonable chance of contending, and (c) at least $8.25 million in cap space to take on his contract. They were:

Well, you can now add the Bills to that list after they restructured Stefon Diggs' contract on June 1, clearing almost $8 million in extra cap space.

The timing of that move feels a lot like they're going to do something, and Ertz makes more sense than any other player rumored to be changing teams.

If I had to pick the next most likely teams, I'd probably go with the Cardinals, and then the Colts.

Question from Eagles fan 1966: I can't recall a team having 3 first round picks before. Hopefully, the Eagles have that scenario next year. Please tell me Howie isn't going to trade one, or more, of them before this season starts in an attempt to win this craptastic division and be one and done in the playoffs.

It happens more frequently than you'd think. The Giants just had three first rounders a couple years ago, when they took Daniel Jones (6), Dexter Lawrence (17), and Deandre Baker (30). Yuck, by the way.

As far as trading those picks, no, I don't think we'll see that happening this offseason. The only scenario I could see the Eagles dealing any of their 2022 first-round picks is if they felt they have a "buy low" opportunity with Deshaun Watson, which (legal issues aside) would be justifiable, in that it would be a long-term answer at the most important position. But for a player like Julio Jones, or some other move with the aim of being competitive in 2021? No, I'm with you. They should absolutely not trade away any of those picks.

Question from BigWillyStyle: Who is the next Eagle to make his first Pro Bowl?

Question from jlinpv: Do any of the 1-year FA signings have a legitimate possibility to have a good enough year to bring a comp pick later?

The first thing to always remember is that you have to lose more qualifying players than you gain to be awarded comp picks. After essentially having to sit out free agency this year, signing only low-cost players and roster hole fillers, they’re likely to be more aggressive next offseason. I would imagine they’ll sign more guys than they lose.

But to answer your question, the bar for qualifying for a comp pick isn’t super high. If guys like Anthony Harris and Eric Wilson play reasonably well enough and they leave for some other team, they really only need to coax a contract worth around $3 million AAV to qualify. Then again, if they play reasonably well, the Eagles will also try to keep them.

Question from Cesar: If you had to choose one game to buy tickets for as a fan, which game this season would you recommend? Trying to decide for myself.

I love a nice fall game. Not too hot, not too cold – just a nice, brisk, 55 degree fall football day. Also, I used to like the late afternoon games when I went as a spectator. You could sort of follow the early afternoon games from the parking lot while drinking some beers, and then go in for the main event.

Looking at the schedule, based on those two parameters, I would probably be gunning for the Chargers game on November 7. Of course, that’s Week 9, so the risk is that the team is like 1-7 or something by then, and doesn’t mean anything.