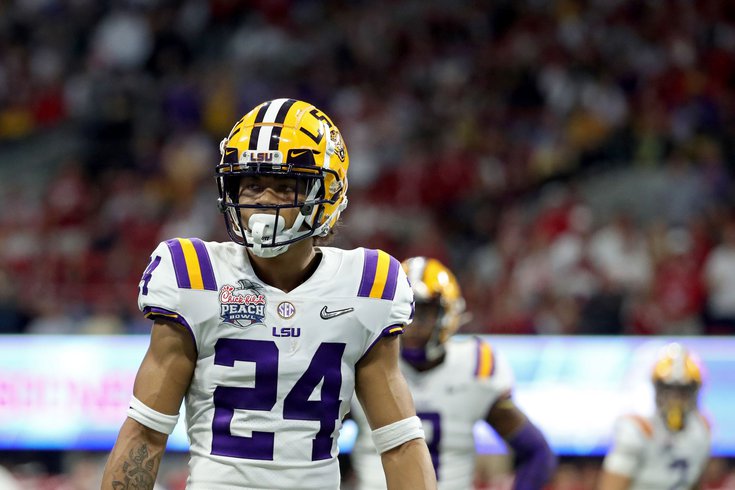 The 2022 NFL Draft is more than 11 months away, and a lot can/will change between now and then, as prospects will rise and fall. Still, you can typically get a feel for which positions will be strong in the next year's draft. For example, it was clear at this time last year that the 2021 NFL Draft was going to be loaded at wide receiver, and sure enough, three got selected in the first 10 picks.

And so, let's take a look at a variety of top-50 big boards — from CBS, ProFootballNetwork, Tankathon, and SportingNews — and see which positions are likely to be strong in 2022. (To note, some of the above linked media outlets went deeper than 50 prospects.)

MORE: Hurts is the Eagles starting QB, even if Sirianni won't admit it yet | Eagles mailbag: Build a 22-man starting lineup, using no more than one player per NFL team | My (mostly) useless, way-too-early Eagles 53-man roster projection

• Cornerback: That would line up with the Eagles' current biggest need. The top two consensus corners are LSU's Derek Stingley, who consistently lands in the top 5 of most early 2022 big boards, and Florida's Kaiir Elam.

• Wide receiver: It feels like wide receiver is a strong position in the draft every year these days.

• Offensive tackle: The Eagles seemingly have nice depth at OT, for now. We'll see how Lane Johnson's ankle holds up this season, and whether or not Jordan Mailata or Andre Dillard can definitively show that they are starting-caliber LTs.