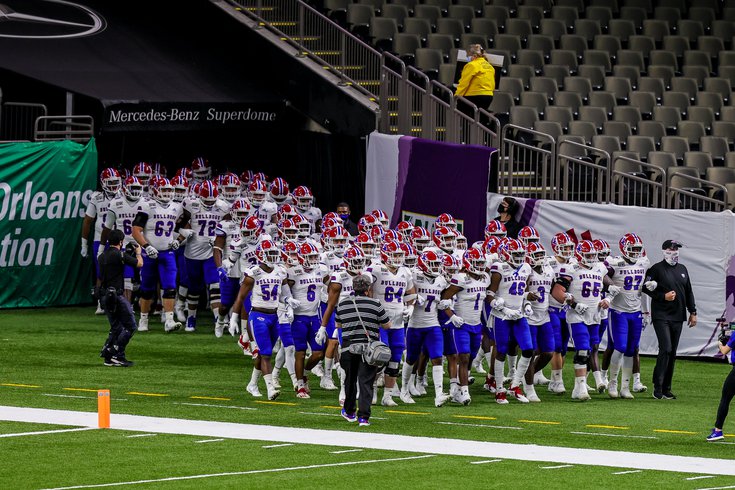 See number 97 in the front row on the right? That's Milton Williams. We hope to have a better picture of him soon!

During this semi-dead period of the offseason, we'll be comparing each of the Eagles' rookies to current NFL players. Previously, we started with DeVonta Smith and Landon Dickerson. Today we'll find a comp for third-round defensive tackle Milton Williams.

To begin, after Williams was drafted — once we got past the dissension in the Eagles' war room after the pick, anyway — the most obvious takeaway from Williams' draft profile was his incredible athletic testing measurables from his pro day workouts.

Compare him with Miles Sanders, who also tested well as a running back, and here's what you get:

The point we're going a long way to make here is that Williams is an elite athlete.

Williams started his career at Louisiana Tech at DE, before moving inside for his junior season. In a small sample size (10 games) at DT, playing at an undersized weight somewhere in the 260-270 range, he had 45 tackles (10 for loss) and 4.5 sacks. He had his share of very impressive reps in 2020:

.@miltonw_12’s athleticism and explosiveness are on full display in the latest Rookie Film Room, presented by @lincolnfingroup.#FlyEaglesFly pic.twitter.com/S1aAwpQHpH

Watching that explosiveness, I was reminded of another explosive, undersized DT from a non-Power Five conference, Ed Oliver. To be clear, Oliver was a far superior prospect coming out of college (I mean, he got drafted ninth overall), and was much more productive at Houston than Williams was a La Tech.

From a measurables perspective, they are very similar:

And then from a play style perspective, like Williams, Oliver played at a very low weight (lower than his listed college weight, likely at under 280 pounds), and struggled at times against the run, but was obviously an explosive force on the interior against college guards and centers who could not handle his quickness.

Compare highlights of both players, and they really look a lot alike. The difference was that Oliver made plays with significantly more frequency throughout his college career, so while the Bills drafted him on consistently impressive results, the Eagles drafted a late bloomer in Williams on his potentially high ceiling.