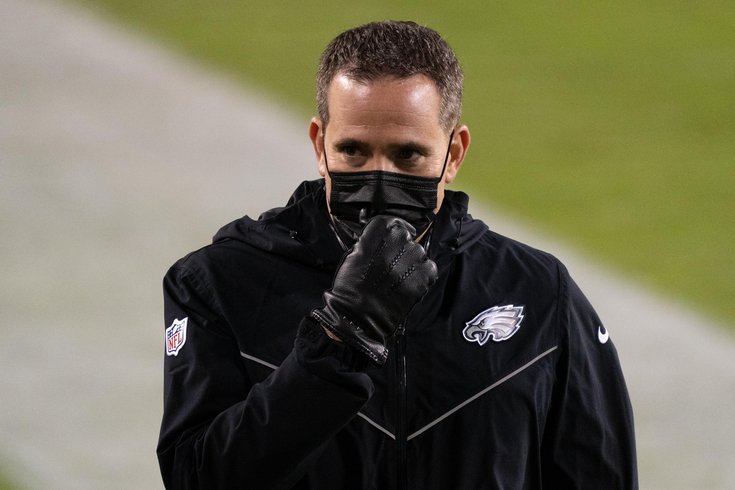 Howie Roseman will likely stay, but there isn't a compelling argument why he should.

The Eagles drafted defensive tackle Milton Williams with the 73rd pick Friday night, after trading back three spots with the Panthers. But that's not what this post is about.

In the TV broadcast of the draft, stationary cameras in draft rooms have shown reactions of teams following their picks. They've ranged from pretty mundane and boring — a few handshakes and hugs — to a few like the Lions draft room after taking Penei Sewell, with executives celebrating with pure jubilation.

The war room at the NovaCare Complex had one of these cameras, and following that third-round pick, a member of the Birds front office, senior football advisor Tom Donahoe — who works as the senior director of player personnel — seemed less than enthused.

And then Howie Roseman, well, he expressed his exasperation.

That last dude is PISSED pic.twitter.com/oiGskmnqCF

All offseason long, and for the last few seasons there have been tons of leaks about dysfunction in the Eagles front office, with many words written about how Roseman and Jeffrey Lurie run their football team.

Perhaps this accidental viral video is the best visual evidence of this we've been able to see yet. Was Donahoe not on board with the decision to draft the freakishly talented but raw pass rusher from Louisiana Tech? Was there some other reason why Roseman seemed frustrated and confused with one of his senior staff members?

Roseman fielded a question on the video — he was seemingly prepared to be asked about it — early in his press conference Friday evening.

"I think when we were at pick 70, there were a couple guys we liked on the board," Roseman said. "We moved back a little bit to see how it would go. A couple of those guys we liked went as well. These guys spend all year scouting these guys, you get favorites, you get guys you feel really strongly about. We all do. That's the fun part about being in the draft room, the emotions of it. At the end of the day, Milton Williams is an exciting football player for our football team. We're excited to have him. And I don't want to take away from his day, but we're all excited about that pick."

100% Alim. Meets their testing thresholds and they met with him. Markedly better player than Milton rn, too #StandWithDonahoe https://t.co/cHDWh8wz04

Roseman says there were a couple guys they liked @ 70, weren't there after they traded back to 73. Notes that scouts spend all year on this. Then says everyone's excited about Milton Williams

Tom Donahoe was NOT excited, & if u missed guys u wanted, to pick up a 6th, that's bad

Believe Roseman or not, it's not surprising for something like this to steal the spotlight from the actual drafted players.