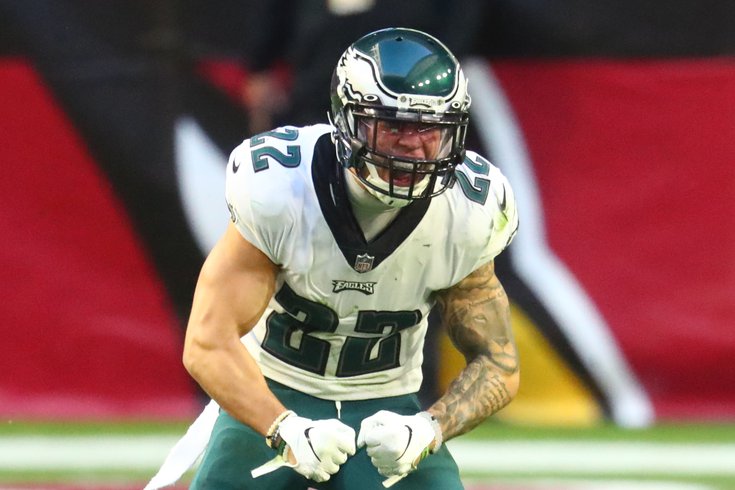 During the offseason, we'll be taking a look at a handful of players who are either new to the Philadelphia Eagles, or are already with the team but we perhaps don't know a lot about them just yet. Today we'll take a look at Marcus Epps.

I was interested in taking a closer look at Epps' season, because he received a good grade from Pro Football Focus, and because the the Eagles' have a vacancy at one of the starting safety spots for as long as Rodney McLeod continues to recover from a torn ACL.

PFF gave him a grade of 75.1, which was the best among the team's safeties, and 13th in the NFL, sandwiched in between a pair of All-Pro players in Harrison Smith and Budda Baker. Additionally, Epps' stats on the season look pretty good, on paper. He appeared in 14 games, starting five, but he only played 363 snaps, or 33 percent of the team's defensive snaps. In that limited action, Epps had 47 tackles, two INTs, and four pass breakups. I initially took a look at his pass breakups, and some of them were nice. For example:

So I thought, "Oh hey, if everything checks out, we can positively review a player that most fans don't really care about, but maybe they should." Unfortunately, I didn't see whatever it is the graders at PFF saw, because in my opinion, Epps did not play well in 2020. It's laughable, frankly, that they have him rated as the 13th most effective safety in the league.

First, a look at Epps' snap counts on the season:

For this exercise, I watched Epps' games in which he played at least 20 snaps, which were against the 49ers, Steelers, Saints, Cardinals, Cowboys, and Football Team. A brief review of each performance in those games:

• 49ers: Decent game. 44 snaps, eight tackles. He buzzed around and was consistently in on plays. Brandon Aiyuk hurdled him en route to a TD, but it was a solid, encouraging game.

• Steelers: Awful outing. 55 snaps, one tackle. Epps got bullied by TEs in the run game, he missed a tackle on Chase Claypool that turned into a TD, he misread a run play that went for a big gain, and he got lucky that he wasn’t posterized on another TD that Darius Slay bailed him out on. The following week, he landed on the inactive list, and with good reason.

• Cardinals: This was the game I was most looking forward to reviewing to find some bright spots, as Epps had seven tackles, an INT, and a pair of PBUs. However, there was more bad than good. He whiffed on a few tackles, he was probably most responsible for the fake punt conversion in that game, and his INT was essentially a gift from Kyler Murray, who threw the ball right to him. There were positives though. He broke up a pass over the middle to the TE, and his reads/instincts were solid. He just didn't finish when he put himself in position to make plays.

• Cowboys: Another open field missed tackle — this time on Michael Gallup — led to a TD. He also gave up a shot play to Amari Cooper, and wasn't a factor against the run.

• WFT: He finished the season on a positive note, making a highlight reel play in which he simultaneously hit J.D. McKissick while corralling the ball for an INT. Solid enough game otherwise.

• Ball skills. Here were his four pass breakups in 2020, and one of his INTs:

I was curious to see if he had good ball production in college, and sure enough, he did. He had nine INTs and 22 pass breakups, nice numbers for a safety. His ball skills are by far his best trait, and they're good enough that they'll at least keep him on somebody's roster as a backup free safety.

• Tackling. Epps is listed at 6'0, 191, so he's a smallish safety to begin with, and he typically gets the worst of physical contact with opposing ball carriers and blockers. He's more of a "drag down" or "ankle biting" tackler, who does not have much pop, and he's usually giving up a few extra yards after contact on most tackles. That's not ideal, but it would fine if he could at least consistently drag defenders to the ground. However, for a player who does not even try to deliver knockout shots, he has an abnormal share of whiffs. A sampling:

Woof. Of course, a couple of those plays aren't missed tackles, but I would still call them negative plays.

• He gets bullied by opposing tight ends in the run game.

• Too tentative on blitzes.

Epps is purely a deep safety, as he's not going to add much value close to the line of scrimmage, unless he is matched up against a tight end man-to-man in coverage. Even as a deep safety, while he has demonstrated good ball skills on occasion, there were times in which he "bit the cheese," in which he either committed to an underneath route leaving the deep route open, or took a false step as a result of guessing on a receiver's route, leaving that receiver open.

For some defensive coordinators, he's an automatic "no" from a roster configuration standpoint, because of his tackling deficiencies. Jim Schwartz, who prioritized coverage safeties over thumpers, was willing to forgive a few missed tackles here and there, but only to a point, and even Epps seemingly got benched by him after a poor tackling performance against the Steelers.

Epps is heading into his third year in the NFL, and his ball skills will give him a chance to make the roster, especially since he was drafted by a Mike Zimmer team, and Jonathan Gannon's scheme will likely have Zimmer influence.

But if he's going to survive long-term in the NFL, he's going to have to figure out a way to become a more physical, reliable tackler, and he's probably not a realistic starting possibility while McLeod recovers from his injury.

On a side note, while PFF offers a lot of interesting content when they stick to fact-based metrics, this is a reminder to take any subjective analysis they provide with a huge grain of salt. Shame on me for watching four hours of Marcus Epps tape because they graded him similarly to Harrison Smith and Budda Baker, lol.