What they're saying: Are Eagles being overlooked? Can Jalen Hurts keep the QB1 job beyond 2021? 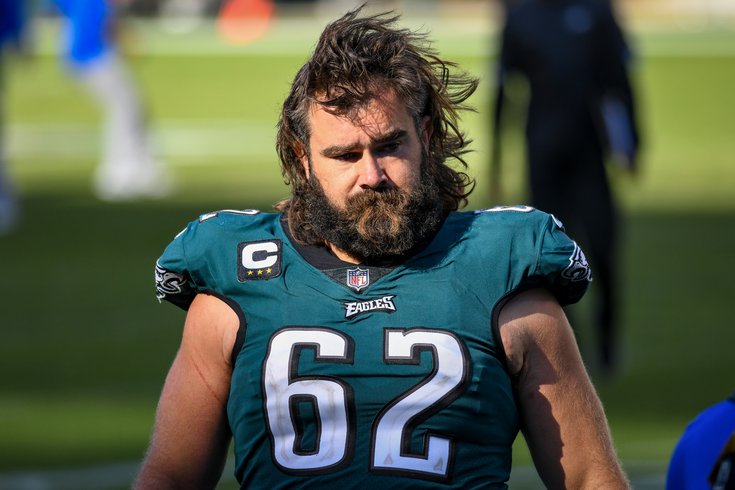 The Eagles are in the midst of a modified, unusual offseason schedule right now, one that has the team assembled in South Philly for light drills and on-field work and intense studying and preparing for training camp in July — with no mandatory minicamp.

Because of this, members of the team have been made available and have been chatting with media members, creating a little bit of buzz about the Birds — but not nearly as much as if Jimmy Kempski were able to write practice notes every day.

So while we feel nostalgic for a different time, when spring football was more accessible and the storylines were more plentiful and widespread, there is plenty being written about as fans, reporters and players alike deal with how to set expectations for the upcoming season and beyond.

For what it's worth, our friends at Bleeding Green Nation have the Eagles slotted in at 27th in their extremely early NFL Power Rankings. Brandon Lee Gowton says "there’s a chance Philly could be better than expected."

Is that really true? That's where we'll kick off our latest version of "What They're Saying About the Eagles:"

It's a stretch to compare the 2021 Eagles to the 2017 Eagles by almost any measure. A huge portion of the roster has been turned over, as has the coach, and the team is not nearly as good as the Super Bowl champions were on paper at this point in the offseason. However, there is one item they have in common, and that is that they both were overlooked. Due in part to injuries, the 2017 Birds were famously underdogs throughout the playoffs, a mentality the team embraced and rode to victory. In 2021, the Eagles are apparently being vastly overlooked, as Vegas oddsmakers have the team as underdogs for 13 straight weeks.

Here's more on the Birds' lack of respect:

The Eagles, 4-11-1 last season straight up, were 6-10 against the spread, according to VegasInsider.com. They were an awful 1-7 against the number on the road. Nine of their 16 games fell under the total points line.

The Eagles have a murderous start and are six-point or more underdogs three times in their first six games., including 8.5 when the defending champ Buccaneers come in. That’s the highest spread on the schedule. They also have visits to the Raiders (+3.5) and Broncos (+4.5) on their slate, which are two of the rumored landing spots if Green Bay trades reigning MVP Aaron Rodgers. [Inquirer.com]

The Eagles full slate of games is right here, with predictions from our own Kempski.

We'll keep with the Jason Kelce Super Bowl victory speech theme here, as the man himself spoke to media members about expectations for the upcoming season — and not surprisingly, Kelce was unwilling to relent that the team would be bad in 2021. Here's more from the Eagles' All-Pro center:

And Kelce looks squarely at his hometown of Cleveland, where the Browns – coming off 12 straight losing seasons – went 11-5 last year with a wild-card win in Pittsburgh under rookie  coach Kevin Stefanski.

“I think the biggest difference between football and a lot of other sports is that being in a transition period doesn’t mean that you can’t compete and be competitive. … A lot of the new coaches, who had no time to prepare throughout the offseason, given the situation with COVID and everything, performed really well. The Browns are a great example.

“The bottom line is we can be competitive and win games. We can win this division, I have no doubt about that.” [NBCSP]

Okay, I don't know if I can keep it up with the sub-headings but we'll try one more time here for a section about Jalen Hurts. The Eagles' likely QB1 and second round draft pick from a year ago will no doubt have an opportunity to show what he can do in 2021. But what will it take from Hurts to lock up the gig as Eagles starter for more than just one season? That's a topic Berman attempted to address in his latest mailbag. Here's a snippet:

If Hurts is better than league average but the Eagles are interested and able to acquire Deshaun Watson or if Russell Wilson becomes available — and I present those two options because those are names that already have been discussed — then my guess is the Eagles would still go for an upgrade. If Sam Howell or Malik Willis or Desmond Ridder or J.T. Daniels or another college quarterback emerges as a player that management deems to be better than Hurts, then the Eagles could replace Hurts. But if the Eagles think another year of Hurts at quarterback and using their picks and cap space to upgrade the roster around him is the best option, then he’s the quarterback. Think back to after the 2014 season when the Eagles traded Nick Foles in a deal for Sam Bradford. It wasn’t that Foles didn’t play to a certain standard. Yes, he was injury-prone, but they acquired Bradford! They just thought Bradford was the better quarterback.

I know there will be much discussion during the season about whether Hurts has proven he should remain the quarterback, and I’ll undoubtedly be contributing to that discussion. But the Eagles aren’t committing to Hurts in 2021 as much as they are committing to keeping their options open. Hurts must be better than the other options. It’s that simple. [The Athletic]

Jon-Michael Salter | Inside The Iggles

This one is a quote from Kelce speaking about Howie Roseman, and how he came out before the 2017 season a new man, wheeling and dealing on the margins to help build a title-winning team. In 2021, Roseman has been quite active as well, making surprise signings of guys like Ryan Kerrigan and Le'Raven Clark. As the roster gets deeper, it seems more and more possible that something else big might be coming. Here's a little optimism, and perhaps overreaching from Inside The Iggles, where they contemplate some potential moves as the offseason continues:

If you would have said the Eagles were looking for a seasoned veteran like Gilmore a week ago, you probably would have been laughed at, but after news broke of another surprise addition, the acquisition of Ryan Kerrigan, that no longer appears to be the case.

Philly’s front office thinks they have put together a nice enough roster to truly compete in the NFC East this season, so with that in mind, the idea of adding another veteran star doesn’t seem so farfetched as it once did. [insidetheiggles.com]

Let's bring this thing home with Kelce's sarcastic musing about Ertz on the Art Museum steps, that Ertz was wrongly criticized for not being able to block. Well, in 2020, he couldn't do much by way of blocking, or catching passes, as he was hurt and regressed on the field. Part of that could be due to awful QB play from Carson Wentz, but regardless, the potential millions in savings from cutting or trading Ertz after June 1 has had him on the trade block for weeks now.

It was speculated that he would be moved before the draft, and then during the draft, and now, there seems to be little by way of interest in Ertz. Does that mean there's actually a chance he comes back and plays out his contract here?

If Eagles general manager Howie Roseman held firm on compensation in a trade for the last two months, what’s to say he doesn’t value Ertz enough to bring him back for another season? We’re talking about a three-time Pro Bowl tight end who is just one down season removed from earning such honors.

But the end of Ertz’s tenure in Philadelphia has seemed all but inevitable since his tear-filled final news conference with reporters after last season. He made it clear in August before the opener that he wanted a new contract. Talks broke down, however, and Ertz publicly voiced his displeasure with the Eagles front office. He would then have the worst season of his career — for various reasons, some outside his control — and fall behind Dallas Goedert on the tight end depth chart. [Inquirer.com]