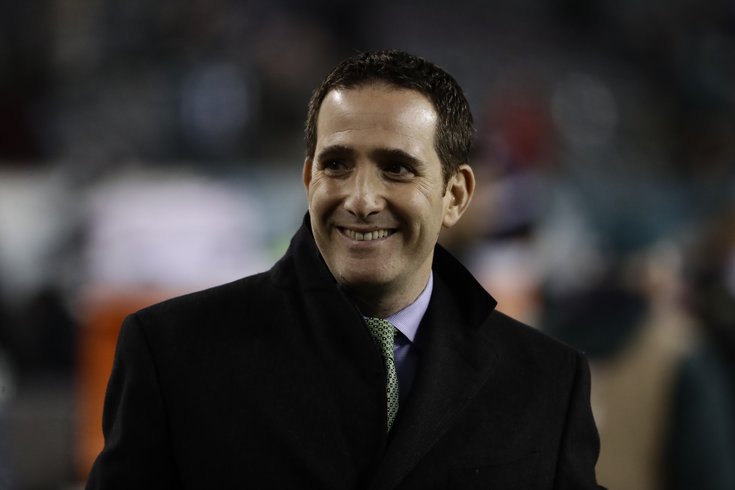 It's Christmas, and while we'll have one more week to find out exactly where the Eagles will be selecting in the 2017 NFL Draft, we know already that the gift pick they acquired in a trade from the Minnesota Vikings for Sam Bradford won't be worse than 18th overall.

The Eagles sent away their own 2017 first-round pick as part of a deal to trade up with the Cleveland Browns in the 2016 NFL Draft to select Carson Wentz.

At the start of the season, the Vikings looked poised to return to the playoffs after finishing 11-5 a season ago. However, after quarterback Teddy Bridgewater suffered a gruesome injury during practice and was lost for the year, the Vikings tried to salvage their season by trading for Bradford.

The trade paid early dividends for the Vikings, as they were the NFL's last remaining unbeaten team in 2016 when they started 5-0. But it began to unravel from there. The Eagles handed the Vikings their first loss Week 7 when the Birds battered Bradford for four quarters. Including that loss, the Vikings went 2-8 down the stretch after their 5-0 start, and are now mathematically eliminated from playoff contention.

If the season ended today, the Vikings' pick would be 14th overall. It can rise as high as ninth overall.

First and foremost, for the Eagles' pick to rise higher than 14th overall, the Vikings would have to lose at home to the woeful 3-12 Chicago Bears. The Bears beat the Vikings 20-10 in a matchup earlier this year, but at the present time they are being quarterbacked by former Eagles bench warmer Matt Barkley, who threw five interceptions against the Redskins on Christmas Eve.

If the Vikings lose, the Eagles' pick would then leapfrog any of the teams ahead of them in the chart above who win Week 17. Those teams would include the Panthers, Eagles (pick owned by the Browns), Cardinals, Bills, and Colts. Here is who each of those teams play next week:

As you can see, that's not exactly the most difficult set of opponents.

Should the Vikings win, the Eagles' pick could fall as far as 18th, depending on the outcomes of the final games for the Saints, Titans, Buccaneers, and Ravens. Here is who those teams play:

Here are 10 players who might make sense with the Eagles' first-round pick.