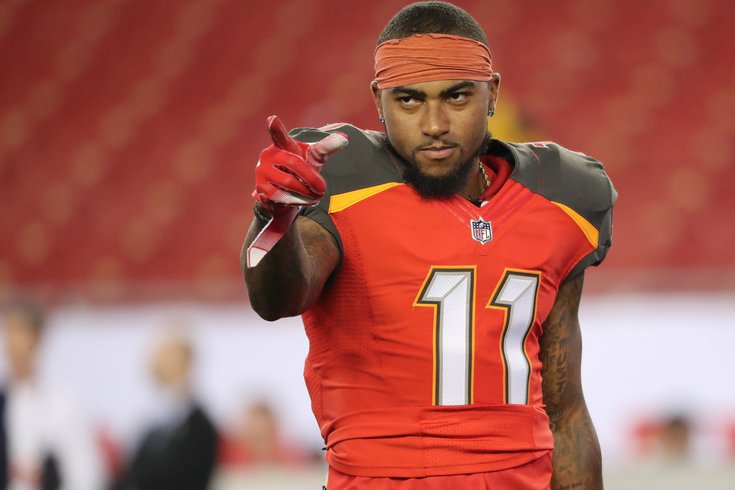 For the third straight offseason in 2019, Howie Roseman and the Philadelphia Eagles have brought in a number of aging players during free agency. They are (in order of age by the time the 2019 season is complete):

"I think the big thing is that you look at the league and a lot of the players who are 26 and 27, they're getting re-signed early, those better players," Roseman said. "Teams are doing a better job of keeping their own players. And so where you used to have good value at that (age), there is now value in older guys.

"If you look at the Super Bowl, if you look at the Rams, they added four or five guys in the pro player market -- their left tackle, their center, their starting corner, their nose tackle -- were all over 30. So there is also value in having good players. Players are playing longer. The science is better in keeping those guys healthier, and so you have opportunity to get these guys.

"And again, we would rather have very good players instead of maybe signing lower-level starters or guys who are rotational players or backups that maybe are two years younger."

Roseman's "old guy strategy" is one that has both been very successful, and one that has flopped the last two years.

During the 2017 offseason, and later into the regular season, the Philadelphia Eagles loaded up on older players who went on to provide significant contributions in backup roles on their way to a Super Bowl victory.

They signed five players in 2017 with significant roles who were over the age of 30 during the 2017 season:

• DE Chris Long (32): Long had a great season as a rotational defensive end, collecting 5 sacks and 4 forced fumbles during the regular season, and then making a huge play in the NFC Championship Game when he affected a Case Keenum throw that was returned for a TD by another 30-plus addition, Patrick Robinson.

• S Corey Graham (32): Graham closed the season on a high note, when he made a big play against Evan Engram in the back of the end zone against the New York Giants, helping the Eagles clinch a first-round bye. He also had an interception against the Vikings in the NFCCG.

• LB Dannell Ellerbe (32): Ellerbe didn't have any impact plays, but as a fill-in starter he was decent enough against the run, and an upgrade over younger linebacker Joe Walker.

• RB LeGarrette Blount (31): While Blount was technically a starter for much of the season, he was used more like a role player, as he averaged 10.4 carries per game. In his role, Blount was effective, carrying 173 times for 766 yards and 2 TDs. He also had a huge game in the Super Bowl, carrying 14 times for 90 yards and a TD.

• CB Patrick Robinson (30): Robinson, as mentioned already, had the play of the NFCCG for the Eagles when his pick-six completely changed the momentum of that game. He was also one of the best slot corners in the NFL during the regular season.

In 2018, the Eagles didn't have as much luck with older players acquired during the offseason:

• Darren Sproles (35): Immediately following the 2018 NFL Draft after not having drafted a running back, the Eagles signed Sproles, then a free agent, to a one-year deal. He was day-to-day for three months with a hamstring injury, and ended up playing in just six games.

• Corey Graham (33): Graham signed with the Eagles deep into training camp, after playing with the team in 2017. He gave up the 4th and 15 conversion that would have otherwise sealed the game against the Titans, and he missed three games with a hamstring injury.

• Michael Bennett (32): Bennett was the one old guy acquisition who panned out for the Eagles in 2018. He was the Eagles' most productive defensive end in 2018, statistically, as he had 9 sacks and an impressive 30 hits on the quarterback.

• Mike Wallace (32): Wallace signed a one-year deal with the Eagles a week into free agency. He appeared in two games for the Eagles, breaking his fibula Week 2 against the Buccaneers. He did not have any catches.

Roseman's "old guy strategy" makes some sense, as he was able to acquire contributing role players at a low cost. It paid off big-time for the Eagles in their run to the Super Bowl in 2017. In 2018, however, the five old guys Roseman acquired missed a combined 30 games, which is a risk with older players, despite the aforementioned "science." Those players were also largely ineffective when they were on the field, Bennett aside.